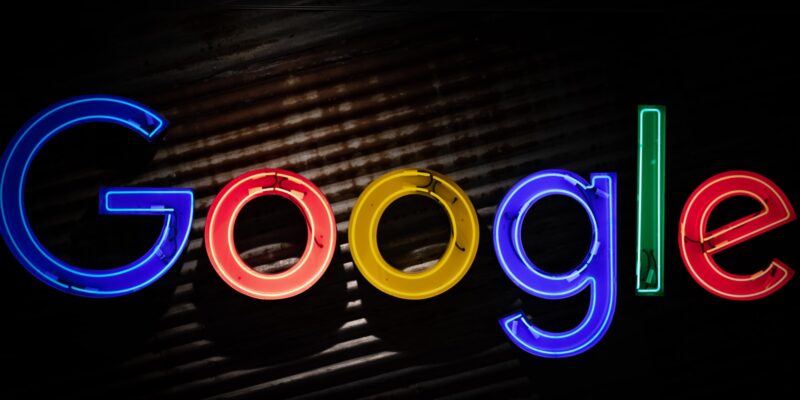 This in-depth article about the Alphabet Inc stock asks is this the right time to buy GOOGL?

Alphabet Inc, is a multinational conglomerate and the holding company of the internet giant, Google LLC. Google accounts for 90% of the revenue generated by Alphabet Inc.

The company is in the technology services sector and operates in different segments through acquisitions and mergers with other companies.

Google is its largest segment and is involved in offering products/services such as ads, Google chrome, Google Cloud, YouTube and other-related internet services.

The company is also focused in other business segments such as Access, Waymo, Calico, and X. Google is among the highly regarded FAANG tech companies.

The company was founded by two computer science doctoral students at Stanford in 1998 and the rest is history.

The company has been the talk of the town following the 20:1 stock split effected early this year.

This will make the stock cheaper and affordable thus driving chunks of capital into the company.

Google is also planning to launch its first ever Africa product development center in Nairobi, Kenya.

Google has also been very active in non-profit activities and handing out grants. It’s been conscious of climate change and works to remediate the effects to achieve a net zero target.

The tech gadgets manufacturing arm of the company has released a new pixel smartwatch.

Enthusiast of the product will be excited about the development. Google has also added switch to android apps of IOS users.

The Russian-Ukraine conflict has put tech companies in the spotlight as the virtual space is heavily contended.

Google has denied claims that it has been changing images of Russian military sites in maps following the war.

This was despite google maps satellite images showing the position of Russian troops.

Information companies play a critical role in the war and could determine whether there is peace or war.

The company’s stock has outperformed the market despite the rampant inflationary pressure.

The company is doing quite well to say the least. It is thriving and the recent years have been triumphant for the company.

It boomed during the pandemic as the shift to the online world ensued.

The company has a market capitalization of $1.6T and is among the only seven, trillion-dollar companies in the planet.

The company is the third largest tech company in terms of revenue and the third most valuable company on the planet.

Google is a reigning giant in the tech space, dominating multiple niches in the sector. The browser Google chrome has a huge 64.53% in market share, followed by Safari at 18.84%.

The search engine is its bread and butter, thus it is no surprise that it takes about 91.56% of the market share, Bing being second with 3.1%.

Alphabet also owns android, which accounts for 71.17% of the global mobile operating system market share. IOS is in 2nd place with 27.57% of the total market share.

Google cloud has increased YOY revenue by 47%, this is while the worldwide cloud infrastructure spend is anticipated to reach $1.55T.

Google cloud is looking to expand and significant strides could translate to revenues of about $100B in this sector alone.

Alphabet essentially controls the technology space, which today is part of the basic societal needs.

Ranging from search engines, operating systems and cloud infrastructure, alphabet has established itself as a jack of all trades.

At this point, the company could flourish even if the worst is to come.

These are future-oriented sectors thus showing concise vision by the company.

The company employs a total of 156,500 employees as per the latest statistics.

Alphabet operates and has offices in over 190 countries worldwide.

The CEO Sundar Pichai who took over from the founders and his predecessor, Eric Emerson Schmidt, is the executive leader of internet services for Google.

Pichai is an inspirational individual who is focused at attaining results and scaling the company to greater heights.

He is a believer in internet and search engines as their core business.

Google foresees AI as the future and is interested to advance the field and make better products.

The company has seen more downside over the past month, down by -4.48% in this period. The plunge was also experienced by other tech companies.

The high numbers were recorded in 2021 with the stock at its peak in November.

This is good from one perspective, in that more people have access to the stock and should come flocking, thus raking in gains.

The share price is not justified at the moment, even though the underlying business is impeccable and nearly flawless.

There is no disputing the efficiency of Alphabet as a company. However, the valuation is just too high at this present point in time.

The stock is very expensive and way above its intrinsic value, which is calculated to be around an average of $1,852 per share.

Some investing experts feel that the stock is in alignment with the company’s performance, pointing out to its remarkable fundamentals and financials.

While the company does have a stellar balance sheet that is almost unmatched, the five year price to free cash flow is way high at 58.75.

This indicates that the earnings have not kept up with the price of the stock and so has free cash flow.

All this means that the company is overvalued at the moment.

It had its greatest run over the past two years due to the staggering rate of quantitative easing coupled with traffic to websites due to the lockdowns.

This has levelled off as people return to work and tighter monetary policy is enacted to curb inflation.

The GOOGL company is outstandingly profitable, increasing their margins exponentially. It announced its fourth quarter earnings reports at the beginning February this year.

GOOGL profits for the quarter were recorded at $18.5B, back in 2015 this was less than an entire year’s profit.

This shows that most of their cash is spent in the business and reinvesting in themselves, which is a good indicator for such a company.

In an inflationary environment, companies like Alphabet that offer high profit margins, free cash flow, high revenues and a low debt to equity ratio should do well.

The company meets these conditions and is therefore likely to thrive, even as other businesses succumb to the wrath of inflation.

The company is very cash-rich and could pay off all its debts thus shielding itself from a high-interest market. It can also make acquisitions in demanding services as and when are required.

The future is very green for the company as they are keeping up with change to remain on top.

Alphabet have tapped into many sectors that could turn out to revolutionize the market.

From quantum computers, which holds industry-changing applications, AI and more will ensure the Alphabet company stays on top of the curve.

Alphabet seems bearish at the moment, as the FAANG stocks are not holding up; showing a candle-stick pattern.

It is however a very good long-term play; and is bullish in the near to medium-term.

Moving averages indicate a strong sell and oscillators are neutral.

The GOOGL stock is an overall sell at the moment based on technical analysis.

However the fundamentals of Alphabet supersede the technical factors, thus one should view the stock from a macroeconomics perspective. More downside will be a sure buy-in.

With inflation and recession threats at the moment, the stock is one of the best buys. 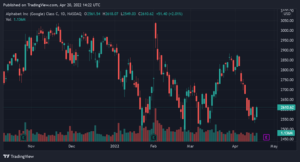 Tesla Inc stock TLSA: Is this a good time to invest?