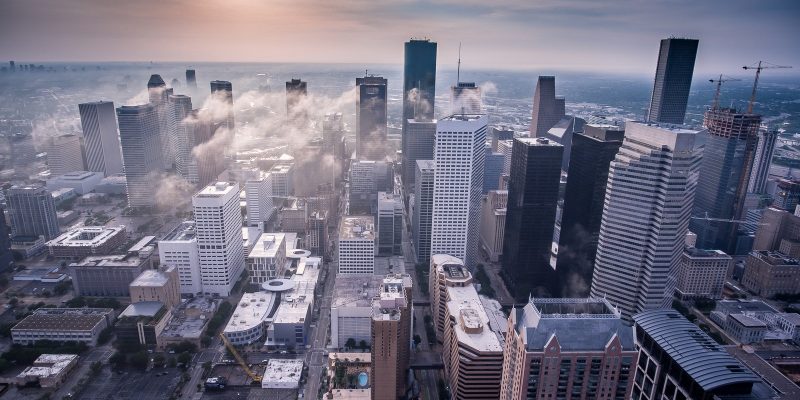 China vs USA – What Economy Will Emerge The Strongest?

As it prepares to eclipse the United States in the following decade, researchers believe that China’s economy will more rely on government investment, high-tech growth, and private consumption – with less contribution from its former staple of export manufacturing.

China, now the world’s second-biggest economy, is expected to overtake the United States as the world’s largest economy by 2030, according to the report.

Euler Hermes, a credit insurance company, made a similar prediction.

According to state media, Chinese authorities have advocated for a greater reliance on value-added activities over conventional manufacturing exports during the last decade.

Manufacturing has been put under additional strain by the Sino-US trade war and early 2020 employment closures owing to COVID-19.

In order to avoid rising labor and environmental compliance expenses, global multinationals have started expanding outside of China, focusing on regions like Vietnam.

They want to outsource to a variety of countries to prevent a repeat of China’s COVID-19 plant shut downs in early 2020.

China’s GDP is expected to reach $15.92 trillion in 2020, according to market researcher IHS Markit, with export industrial growth and funding for new projects pushing it over $18 trillion last year.

According to the market research organization, the US GDP hit $23 trillion last year. The following reasons explain why China will overtake the US.

Investment by The Government

Economists predict that the country, which has already been recognized for rapid economic growth over the previous 20 years, would see the government acquire more control over important industries after intervening in others, including the internet, in 2021.

“Beijing has the finances and unrestricted domestic political authority to use China’s vast public budget to undertake capital partnerships in the support of the leadership’s national and global ambitions,” said Denny Roy, a senior researcher at the East-West Center in Honolulu.

On the Direct Control Over Enterprises index of the Organisation for Economic Co-operation and Development policy forum, China earned 2.98 in 2018, up from 2.45 eight years previously and nearing three times the global average.

According to the think tank Atlantic Council’s October 2017 China Pathfinder: Annual Scorecard, the government’s direct control over firms “far above the open economy average” and “reflects China’s increasing attention to the role of the government in the economy under Xi Jinping.”

Economists predict that Chinese officials will favor technology as an engine for growth, particularly technology that does not involve extensive innovation.

According to Zennon Kapron, founder and director of Shanghai-based financial sector research company Kapronasia, government interference in the internet sector will not stifle growth in chips and infrastructure software.

“If the country becomes technologically self-sufficient and then is willing to sell and market the items/solutions that are dependent on the expertise, then it would be a major boost to its economy,” Kapron added.

According to Kapron, the US economy would continue to develop steadily but without peaks until 2030.

According to Douglas McWilliams, founder and executive vice-chairman of CEBR, China has a “vast foundation of engineers,” albeit with less originality than is required to promote the “zany ideas” that drive the development of new technology.

According to McKinsey & Co.’s China consumer report 2021, domestic spending drove the majority of growth in the economy before 2021 as when the nation lowered its publicity to the rest of the world in light of the Sino-US trade dispute.

According to McKinsey & Co, supply chains have “matured and localized,” and as a result, “innovation possibilities have been increased.”

Despite income losses due to lockdowns at the start of the Corona Pandemic, observers think this trend will continue.

China’s population is 3.5 times that of the United States, despite the fact that American consumers are on average wealthier.

“These steps are intended to return the economy to pre-pandemic vigor,” it stated.

But there is a possibility that China might not be able to surpass the USA and USA will remain as the bigger country if China is to contravene this pessimistic supposition, it must overcome four obstacles.

The first two are well-known debt and demographic issues: China’s borrowing is around 300 percent of GDP, and TFP has been decreasing since 2008.

Even in the best of circumstances, it’s tough to reduce debt while supporting a less efficient and generally unreformed state-owned industry.

China’s massive population, which has been a strength in the past, is quickly becoming a problem. The workforce is already diminishing. Last year’s census is projected to show the first population fall in 50 years.

The high rate of population growth is more relevant. As a result of the single-child policy, the duty of “4-2-1” – looking after 2 families and 4 elders – rests on the young.

Substantial one has to be diverted from sectors that could aid Beijing’s growth as a powerhouse to bolstering the country’s currently deficient social security system.

An excess of young boys unable to find female mates is another demographic concern, the outcome of a societal preference for sons combined with selective abortion.

With a population of around 25 million people, that number might climb to as much as 50 million in the future. A coming water catastrophe in northern China is less well-publicized.

They are home to about half of China’s population, as well as agriculture, manufacturing, and energy production.

Over a 20-year period, 28,000 rivers vanished. Overstretching of aquifers is occurring. Just as it brings floods, climate change will worsen shortages.

Filtration and water flows will not be enough to make up for the gap; China requires a massive agricultural reform, as well as a rapid transition from conventional to hi-tech sectors and a service sector, as well as massive social disturbance.

This is a difficult task for any government, and it will be considerably more difficult for one that is so afraid of popular unrest.

China also has the problem of a severely under-educated workforce.

Considering that about 8 million students graduate each year, this came as a complete surprise to many.

According to American scholar Scott Rozelle, no country has ever escaped the so-called “middle income trap” when less than 60% of its workforce have completed secondary school. In China, that percentage is 30%.

This is made worse by the fact that over 70% of China’s youngsters live in remote regions, where education is undervalued and child’s focus is hindered by poor nutrition and lifestyle.

Many new-borns really aren’t educated during their formative years, and as a result, they miss out.

As a result, students are unable to learn better, which means corrective and vocational training are ineffective.

A contemporary economy necessitates nimble people, and far too vast in China fail to achieve this requirement.

The Chinese Communist Party may believe that innovation will be the key to unlocking the Gordian knot.

It’s possible. However, it is likely to widen the gap between the college qualified and the numerous migrant workers who have yet to acquire new skills. This could lead to social unrest.

Limitations on the open sharing of knowledge and the ability to be unconventional could stifle innovation.

Neither is possible under the Party’s governance model.

The capacity of a nation to achieve its full potential is influenced by the quality of its governance.

Lack of incentive system and feedback loops to put wealth and labor into one of the most useful purposes are typical of communist regimes.

Economic possibilities are funnelled through the regulatory system to the ruling elite’s friends and relatives.

Misguided policies, such as protective tariffs, hinder people’s capacity to take advantage of possibilities even when corruption isn’t an issue.

The massive economy will not enter recession as a result of Xi’s power grab, but it will see the conclusion of fast economic expansion.

Chinese sales potential will expand at a slower rate than in previous years for American enterprises.

On the good side for companies throughout the world, China will hand up huge possibilities that it might have taken advantage of.

Why Have Investors Been Left Out Of The $LOOP?

Oil Production in the US