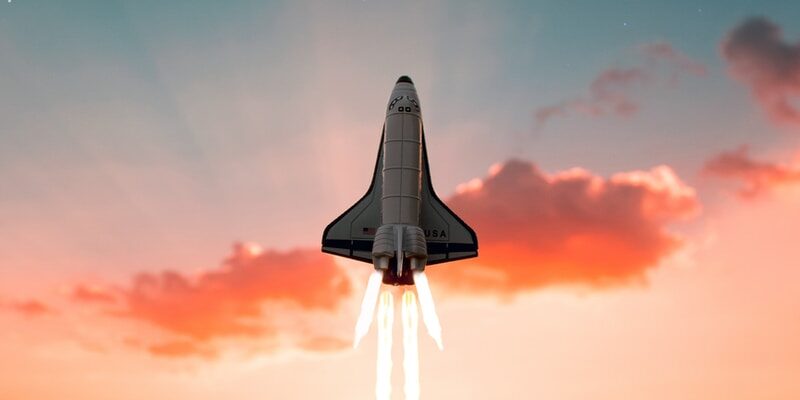 Could this Biotech penny stock CYBN INC go to the moon?

CYBIN INC is a biotechnology and pharmaceuticals company that is seeking to revolutionize the health technology sector and engineer the next generation of the field.

CYBN works with an array of partners and globally renowned specialists. The company is particularly focused on transforming mental healthcare through intensive research and taking initiatives through an authentic development approach.

CYBIN INC is also involved in developing robust IP portfolios for molecules. The company is headquartered in Toronto. CYBIN INC was founded in Canada in 2016 by Paul Glavine (Now Chief growth officer), John Kanakis, and Eric So, who serves as its Executive Chairman & President.

CYBIN INC has about 55 employees and operates in four countries (Canada, UK, US, & Ireland). Psychedelics – drugs that stimulate a profound sense of intensified sensory perception – and sometimes hallucinations, are prescribed to mentally depressed patients.

CYBN is maximizing the potential to capture this market which has gained a lot of traction, especially among celebrities to de-stress and relieve extreme anxiety (panic disorders).

CYBN has been up and buzzing in the past few months. It has drawn attention as a completely undervalued penny stock with the potential for a huge upsurge.

CYBN has also been awarded the first-company-issued patent from UPSTO for CYBOO4 as deuterated DMT composition of matter. This patent was vital to CYBN granting the company intellectual property (IP) rights over the compound.

Adelia Therapeutics, a subsidiary of the company has achieved a key milestone that will see it receive CYBN shares worth C$904, 916. This was previously arranged between the companies.

The psychedelics sector is growing rapidly and slowly spreading to the masses, thus companies like CYBN are forecasted to scale with the growth and are on investors’ watchlists.

CYBN is still relatively new to the market with less than five years of operation. It is a small-cap company with a market value of roughly $3.3M.

CYBN’S mission of progressing ‘‘Psychedelics to Therapeutics TM’’, is indeed a bold one considering this sector is widely unknown by the general population.

It is a specified niche within the psychiatry field. It has stunningly been embraced by eminent serial investors like Peter Thiel and Kevin O’Leary.

Notable Sports stars like Daniel Carcillo and Mike Tyson have embraced psychedelics as a positive treatment for mental issues. This will push the industry to new heights through celebrity advertising.

Personal health/fitness gurus’ coaches like Deepak Chopra and famous motivational speakers like Tony Robbins are getting in on the boom in the market, cognizant that the treatment could disrupt the mega trillion-dollar mental healthcare economy.

CYBN has a strong leadership team, their partners have a long history of operations and expertise in the medical/drug development sector.

Its corporate partners include Lilly, Teva, Vertex, and Sanofi among others. They also draw academic backing from top institutions like Harvard, Yale, and MIT.

The company works closely with the Canadian Ministry of health, pharma giant Pfizer (NYSE: PFE), and the Food Drug Agency (FDA), all of which serve as its advisors.

Research in the psychedelics space has increased in the past twenty years and promising results of curing many mental conditions have spurred. The basic chemical is derived from magic mushrooms and is called psilocybin, from which the company gets its name.

Case studies in the market show that funding in the sector has immensely increased, crossing the $700M mark in 2021. CYBN alone has raised over C$120 to date to advance its clinical trials.

CYBN is not the only company in the sector, having several competitors including Seelos Therapeutics, Naamex, ATAI Life services, Mydecine Innovation Group, and many others.

We live in a peculiar time and mental cases have been on the rise. The majority of the population experiences stress in some way. Psychotherapists, therefore, have confirmed that psychedelics have a strong effect on victims of post-traumatic stress disorder. It has been proved to increase psychological and cognitive flexibility.

CYBN has conducted tests on massive depressive disorder, Alcohol use disorder, Neuroinflammation, and others with positive outcomes indicating the possibility of treatment. (See CYBN stock chart at the end of this article)

The stock is at really low trading prices at the moment. This is understandable as it is new to the market and has not yet taken off.

The stock is at par with its fair value at the moment, owing to the sharp decline. It has the potential to shoot up thus a good entry at the moment since it is blatantly undervalued.

Investors seem to agree that this company is a destined winner in the long-run. Forecasts reveal that it could be an exponential growing stock.

The FDA has approved CYBN for testing and production of its drugs. Opportunities in the stock market are tremendous, but nothing accelerates the growth of a stock more than regulatory action from authorities. This is seen several times over with the Cannabis surge as an example.

The psychedelics sector getting approval will see people overcome their skeptical fears and pour in towards it. Many investors are rushing for small-cap value stocks, in the current market condition to safeguard their capital.

The psychedelics market is still on the ground floor at the moment thus it is an opportune time to capitalize early in the sector.

Stock analysts predict that the CYBN stock will hit the ceiling and go over the roof in the near future. They have affirmed that this is not the typical 20% beat-the-market- stock but a unicorn that could see astonishing gains upwards of 1,000% and thereabouts.

The company is at its foundational phase and is yet to achieve profitability. CYBN has however been growing steadily over the years.

Although it is facing a terrible downward spiral at the moment, it is the best time to get in. The current plummeting of the stock has set it at historically low prices.

The stock has been a lousy five-year investment down by -37.40% during the period. This has discouraged investors and some may have backed out.

This is normal in the initial phase of development and growth is often slow and sometimes negative. The take-off period in which it is approaching is vital to watch for.

Cash and equivalents thankfully increased by +58.8%, posted at C$68.58M for the years. The financials of the company look very repulsive for now, but this could change for the better.

CYBN has the best financial position in the space and this is seen by the organization being able to raise over a hundred million. There is a lot of belief in the company.

The company is unique in its approach to mental health and will usher in a new era if its efforts come to fruition.

It already has a foothold in significant economies around the globe which ensures they have a ready market and can expand to more regions.

The sector is now believed to be at its inflection point and could be a big breakthrough opportunity for investors.

The psychedelics market is expected to hit $10B by 2030. CYBN is also predicted to perform remarkably and could as well be the leader in this market.

It also has a secure patent portfolio with intellectual rights property thus meeting the criteria for what big pharma looks for in an acquisition.

The company looks to have a great future by itself and if not via a big corporations running it.

The company is very shaky in the market at the moment. They are at rock bottom thus they are open to more upside unless they go bankrupt or shut down.

It is looking bullish in both the medium to long-term. Both moving averages and oscillators indicate a neutral buy at the moment, thus it is an overall buy.

A long position in the stock is almost assured to be more than worth it. 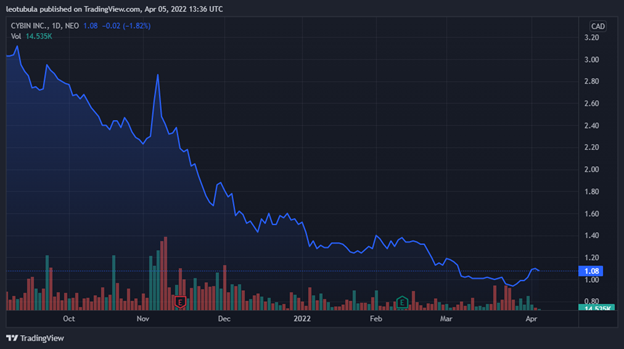 Is this blockchain tech company HIVE potentially bigger than Crypto?

Should I invest in AMAZON Stock in 2022? 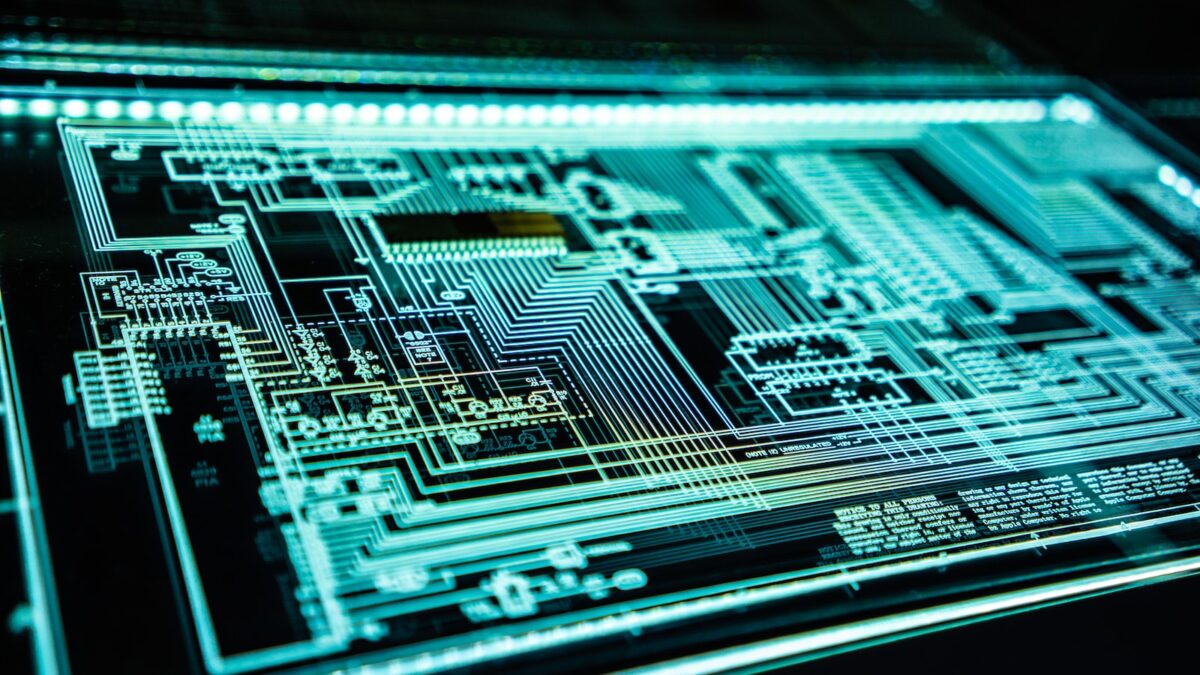 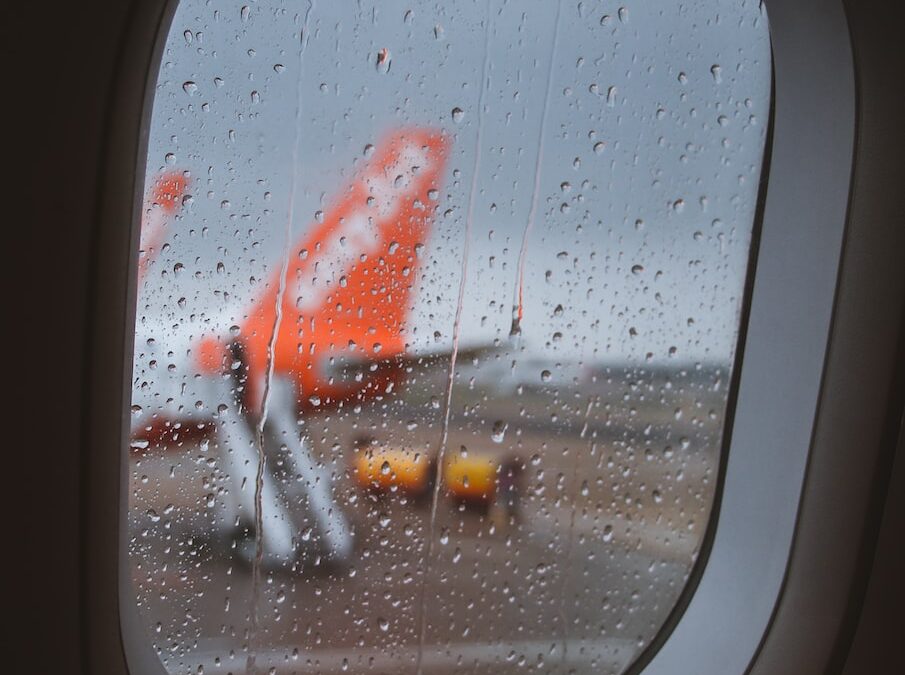 Can Easy Jet (FTSE: EZJ) Fly Higher Amid The Turbulence?