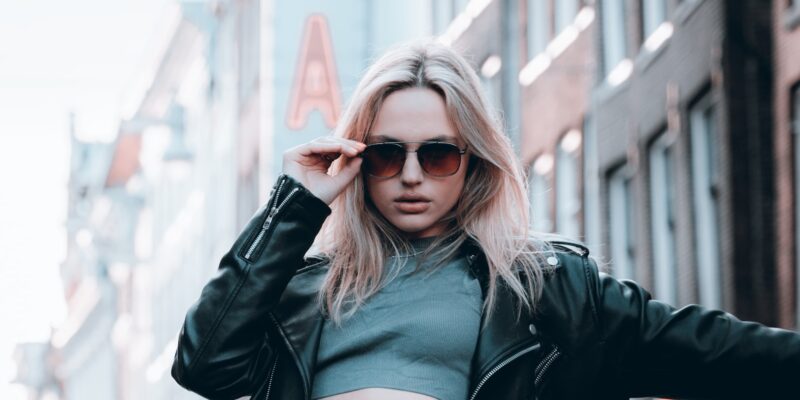 Devon Energy is a hydrocarbon exploration, Development, and Production of oil. It is a Fortune 500 company that focuses on onshore operations, mainly in the United States.

It is one of the leading independent oil producers. It operates in Delaware, one of the most oil-rich regions in the US.

It is also active in the Permian Basin, Eagle Ford, Rockies oil, and many others.

It was founded in 1971 by the Nichols father-son duo and is headquartered in Oklahoma City.

Devon has been part of the oil boom and has grown quite robustly amid the bull market.

It has become the benchmark for the oil markets due to its astounding correlation with the Brent Crude index.

Black gold has regained its position as King and this has been evidenced by the record profits raked in by Petroleum companies.

Cash flow has been plenty huge for the companies and Devon proved this by its recent acquisition of the Eagle Ford Shale in Texas, renowned for its abundance of hydrocarbons.

The Company posted impressive results in its quarterly earnings at the start of August. This helped in financing the $1.8B buyout of Valence Energy.

The merry tales continued as Devon announced a big dividend program for common stockholders, issuing a record $1.55 per share, up by +22% from the last quarter.

Oil has seen modest retracement in the past week as worries of an economic slowdown increase. Russia has also increased its output which also contributed to the drop.

The slight downturn sent related stocks tumbling, asserting the volatile nature of the oil markets. Devon was affected for a day but then came flying back up.

The situation in Eastern Europe is responsible for the dramatic price action experienced.

Europe’s preference for oil over natural gas has seen the latter inch higher. Devon has an equal interest in both oil and gas, therefore it’s well hedged to benefit.

The outlook for the energy sector remains positive with oil futures climbing higher. The sector is undisputedly the best performing in the year.

Questions arise about whether the momentum will be sustained with the worrying economy.

Devon is one of the most scrutinized stocks by analysts. The entry of Warren Buffet into the Oil markets has sparked interest, considering he dumped the sector two years earlier when oil turned negative due to the pandemic’s effects.

Devon is among the few that are still up this year. It has recorded triple digits increases in most of its figures.

The company is strategic to capitalize on the Oil boom and its acquisitions will accelerate this initiative. Boosted earnings growth is expected from its new subsidiary, Validus energy.

Speaking to CNBC last week, Devon CEO Rick Moncrief is confident that they will maintain the upward trajectory.

He particularly emphasized their stellar return to investors and a scheduled repurchase program estimated at $2B.

The company is outstanding, especially in these uncertain times. Inflation is still soaring and a higher income is the way to tackle price hikes.

Dividend investors understand this and place their bets only on essential high-paying companies.

Despite the oil industry being mired, it is still very necessary in our existence. The oil shortage has shed light on this and has served as a wake-up call.

The green new deal has been halted and even formerly conservative countries are going back to exploiting hydrocarbons.

The transition is very difficult nay impossible at the moment with the crisis.

Devon estimates that it still has more than 10 years of high producing oil capacity. It is still ardently exploring new reserves.

The world has an estimated 50 years of hydrocarbon production before depletion, with only the current discovered wells.

As the economy takes a downturn, only the most essential services like energy survive. Devon is focused on returning to its investors despite the global headwinds.

The company has set an industry standard as one of the best returns for investors. Paying out as much as half of their free cash flow as dividends, has affirmed this position.

It has implemented policies to be more efficient in its operations which culminate in better margins. It also has a hedging strategy of about 20% of its total production.

Compared to its peers it has been more resilient and has held better than the crude oil price.

The record high prices of oil in June led to a massive sell-off as investors seek to reap profits before the trend reverses.

Devon is the new secular growth opportunity, considering its rapid expansion. Investors are in it for the long haul as they are attracted by long-term dividends as opposed to capital gain on the stock price.

Seeking Alpha has ranked Devon as the #1Dividend stock to own. The Oil sell-off is a blessing in disguise to contrarian investors who can buy them cheap.

Devon and others have followed suit and are more likely to scale upwards than the Saudi Oil giant.

Devon is in a great position with huge upsides, it’s a contrarian play in the market chaos.

The stock has seen a 52-week high of $79 and a 52-week low of $24. It still has significant rallying momentum, which has been seen in the past month.

The share price is justified given the amazing performance of the company, making it very appealing to shareholders. It is up by 290% since the beginning of 2021.

It has a good P/E ratio of 8.13, indicating a relatively sound value of the stock.

Experts in the oil markets foresee continued growth in the coming months. The quality earnings posted have been appraised and are truly unmatched.

The slight plunge is an excellent chance to make an entry. The EIA (Environmental Impact Assessment) report has been released and is in favor of Crude and gasoline.

We’re in a long-term structural bull market in oil,

by the end of the year, I would suspect that these prices will be back in that $100 to $125 range, which we’ve seen through the first half of the year.

Some hold the notion that the profitability of the company is not tied to the price but rather to monthly and quarterly averages.

Winter is fast approaching in Europe and there need for heat from natural gas to keep warm. The sun never sets on fossil fuels and Devon operations are a testament to this.

Pros for Investing in Devon Energy (NYSE: DVN) based on Investors Outlook

Cons for Investing in Devon Energy (NYSE: DVN) based on Investors Outlook

A profit windfall was officially granted to oil companies and Devon has not been left behind. It has recorded an astronomical rise in its earnings.

Devon is remarkably profitable and they should maintain this with the current price of crude oil.

Although a major price decline would be dangerous, the demand still exceeds supply and this should keep the price up in the near term.

Profits are looking up for the company and they have utilized the free cash flow for share buybacks, erasing more than 4% of its outstanding stock.

The balance sheet is top-notch, with their cash and short-term investments increasing by +144, valued at $3.30B.

Devon has been a great return both in the long and short-term. It has an incredible +38.69% return on invested capital.

Pros of Investing in Devon Energy (NYSE: DVN) based on the General Outlook

Cons of Investing in Devon Energy (NYSE: DVN) based on the General Outlook

The oil industry still faces a shortfall and the rush to meet demand ensues. Devon has an excellent balance sheet and returns that are incomparable.

The company is in Houston, the hotbed of energy, and will be instrumental in solving shortages in the US.

It has a fairly large market cap of $44B, but with growth like this, it could go on to become one of the Supermajors.

All market forces are ripe for Devon to yield fantastic returns in the long term. Analysts rank it as a strong buy owing to its aggressive expansion campaigns.

The technicals indicate that the stock is a strong buy, with moving averages showing a strong buy as well as Oscillators.

Devon is positioned to do well no matter the state of the markets. Crude oil still runs the world and its exploration efforts will serve it well.

Due diligence is advised for those aiming for capital gains as volatility is a risk. Cash flow investors will find it pleasant no matter the price of the stock.

Is Zion Oil & Gas Planning to sell the company?