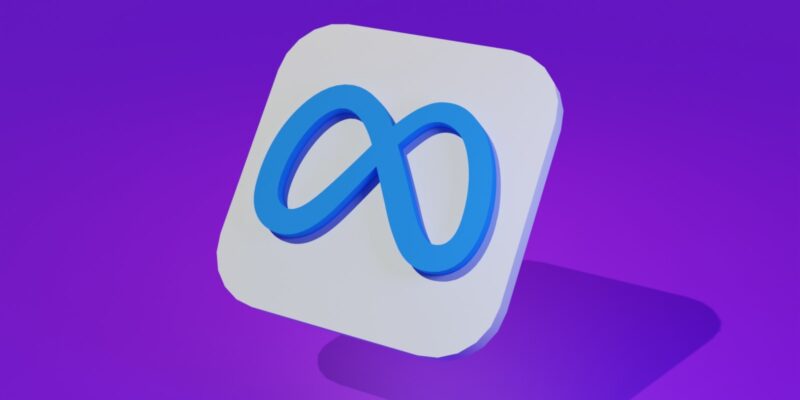 Is Meta Platforms Inc stock still worth investing in?

Meta Platforms Inc is a globally renowned technology titan and ranks among the top-five IT companies.

The website which became Facebook was founded in 2004 by the outspoken CEO Mark Zuckerberg and other Harvard members.

But is it still worth investing in Meta Platforms stock?

Meta is the world’s largest online social network. They claim to have some 2.5 billion monthly active users.

The recently renamed company, Meta, houses a host of popular network services including;

Meta is largely a digital advertising company, which accounts for over 95% of its total revenue.

It has been audacious in mergers and acquisitions, buying companies like;

Meta has been very controversial of late in the mainstream media. It has lost more than 40% of its value in the past month.

This comes after they just recently rebranded in October 2021, due to investigations about antitrust law violations and infringement of their user privacy policy.

Facebook was also termed as ‘toxic’ by whistle-blowers who claim that the platform propagates Misinformation, Violence, and incitement so to speak.

Meta was looking to turn a new leaf and lead the world in unraveling the Virtual Reality world, Aka, ‘The Metaverse’.

At least $10B is being invested in its development.

Meta has managed to overcome hurdles in its operations in Europe despite speculations that Facebook and Instagram will be shut down in the continent.

They have inked a new data transfer agreement with the EU commission that will ensure continued operations.

Geopolitical conflicts in eastern Europe have led to the Platform being banned in Russia.

It is among many social media websites to be banned alongside Twitter, due to claims from the Putin’s Kremlin that company are spreading ‘Fake News’ and even labeling them as ‘extremists’.

Meta has partnered with the eCommerce technology firm VNTANA which is set to improve 3D ads and boost advances into the Metaverse.

Although Meta has seen a decline in share price in the past few months it still has strong fundamentals. The company recently experienced one of its biggest collapses in history.

The crash was preceded by a bleak earnings report, profits had decreased by -10% attributed to the heavy investment in the Metaverse.

Some believe that User growth has reached the roof and is slowly reducing over time.

Facebook is still by far the most used social media network. Even though it might experience a significant decline, in certain countries around the world, it still retains a good number of users around the globe.

Valuation is the main concern of the company

Many have come out saying that the company lied about material issues. This information cannot be definitively proved. But despite the issue, the performance of the company does affirm the high value.

Meta also faces firm competition from its opponents. Apple Inc ($AAPL) and other tech companies are introducing stringent privacy policies towards the company that will affect them.

Google is fiercely competing with them for advertising market share, having the advantage of being the largest search engine in the world. And emerging popular social platforms like TikTok are giving Meta a run for their money.

Meta is still a giant corporation ranking 9th on the fortune 500 list. Despite contrary opinions by naysayers, and some saying that it is a dead corporation, it can bounce back stronger.

Institutional holders have shown their trust in the company and are buying up huge shares in it among other tech stocks.

Institutional ownership has increased from 72.32% to 79.16% of the total outstanding shares in $FB, valued at around $1.7B. These holders include;

Mark Zuckerberg owns the majority of insider stake at 13% while other insiders account for 0.57% of total outstanding shares. The general public owns around 8% of total shares.

$FB has been hit with a series of setbacks at this present point in time, and they do not have favor in the public eye. This is due to claims of selling user data and prying into user’s activities.

It still stands tall with a market capitalization of more than $600B. The downside experienced, has sent waves across the market.

The blow seems nearly fatal erasing more than a quarter of its value, their fundamentals have been strong in the past decade, are strong and they sure ain’t going under.

$FB is trading way below its peak high, after experiencing the greatest historical share price decline in a day, reportedly losing around $232B.

The volume of shares outstanding is around $36.33M. The low trading price is perceived differently depending on the audience.

Most people have viewed this as terrible news and this has been amplified by the media. This created a panic sell-off causing many to dump the stock, further aggravating the price.

Most tech stocks have been down this year and $FB is just an extreme example of this. Their heavy investment in the metaverse has caused this recent drop.

They still have performed well in the long term. It has recovered a little from the hit, and is up by +3.49% in the past week. It has also increased by 5% in the past month.

Meta is down by -37% in the past 6 months and -21.6% in the last year. Buyers who bought around this period have shown frustration and some have sold at a loss.

Long-term play is the best investing approach and this similarly holds true for $FB. If investors are patient enough to ride through the bad times, the good times should appear eventually.

$FB is still up by +56% over the past five years, despite the massive drop, and this goes on to show the value of long-term investing.

Although Analysts are now reserved towards FB, value investors believe this is an incredible opportunity. $FB has got heavily slammed for the jaw-dropping plunge.

Serial investor, Kevin O’Leary has stated that he is backing up the truck with $FB shares. Experts seem to agree with him and reinforced that now is the best time to purchase the stock for its fair value.

Some see it as a very compelling stock at the moment having surpassed all metrics in the last five years. Revenue growth tripled and net income has doubled over the past five years.

The return on invested capital has been outstanding at a solid 15.5%. Their one-year P/E is at 13.7, which is a very good indicator.

$FB is a great value play and predictions call for an easy double in the next three to five years.

Bad news might be heavily looming around and it might get worse for $FB short-term, but the bad news is good news to savvy investors who are not afraid to splash the cash on Meta shares.

Up until the recent quarter, $FB has been greatly profitable. In 2021 profits posted were recorded at nearly $10B. It has performed exceptionally in the past decade.

The recent Q4 earnings revealed an EPS of $3.67 missing the 3.84 analyst’s expectations.

Revenue however surpassed targets, recorded at$33.7B, higher than the anticipated $33.4B.

These negatives have been attributed to their shift in the virtual reality space. Stiff competition and regulations among many.

$FB’s core model is still firm and they will rejuvenate with or without the metaverse.

Future of the $FB

$FB is a great long-term investment and it has a foothold in its space. Advertisers still have a preference for $FB and this is projected to grow.

The metaverse is its biggest bet and the market has taken notice of this. Critics have dismissed it as unnecessary and some have cited issues such as violence and assault in the platform.

The vision of the metaverse is to change the future of human interaction both in a business and personal setting.

It has gained international acclaim with properties being acquired by big names in the virtual world.

Celebrity advertising will be key in shaping the reception of the metaverse.

The metaverse could be a revolutionary technology that facilitates meetings and gaming to reach a new level. If embraced this will be a game-changer for the $FB.

Is Meta Platforms stock still worth investing in?

The cash assets for $FB currently exceeds their total liabilities which puts them in a good position.

They have a lot of free cash flow and will directly invest back in their business in form of buybacks and advancing their VR interests.

$FB is bearish in hindsight, but bullish in foresight.

Although analysts only recommend it as a buy, it is a really strong buy, strong at the moment as it is at a relatively low value when taking into account the above factors.