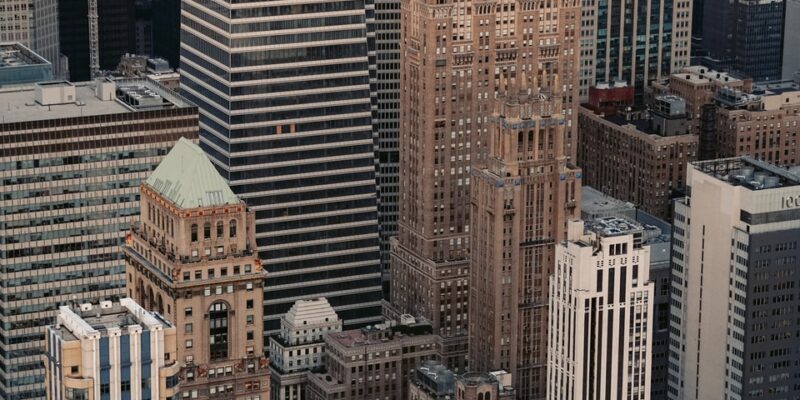 MetLife Inc is the controlling organization of the Metropolitan Life Insurance company (MLIC) and other subsidiaries. It was founded in 1868 and has its headquarters in New York City, USA.

It is one of the leading financial services companies on the globe providing;

The MetLife insurance business has existed for more than 150 years and is trusted by its users worldwide.

MetLife offers a variety of insurance services ranging from;

MetLife serves over 90 million customers in more than 60 countries globally. MetLife is a big fortune 500 company.

MetLife stock has been maintained upward mobility and did very well last week beating the overall market. It has been a top performer even in its insurance industry outpacing its competitors.

The MetLife insurance company has recently announced it will honor its pledge to the 2030 DEI (Diversity, Equity, and Inclusion) commitments.

This aims to reach the ‘invisible average’ among the population that cannot access insurance and other key services.

MetLife has also announced that it has confirmed the 2022 Serie A preferred Stock dividend. The declaration was made earlier by the company.

The dividend was payable in mid-march 2022 and this was certainly good news to its investors.

Customers will have to shift to other providers, although the acquisition will not change the initial rates that existed.

MetLife announced its quarterly financial reports in early February 2022. It surpassed the anticipated numbers, with EPS reported at $2.17 dwarfing the projected 1.40.

The company further posted amazing performance in revenue estimated at $20.21B for the quarter exceeding analysts’ $17.67B.

MetLife is doing well and it has partnered with UNICF for its humanitarian causes. It has recently donated $1M to fund scholarships in higher education in HBCUs.

MetLife is one of the world’s leading providers in its space and is large with a market cap of $50.82B. It has several subsidiaries like;

MetLife recorded a book value per share of $81.74. This equated to a Price to book ratio of 0.79. This is an exceptional number indicating that is currently undervalued.

It has been growing in the past decade in terms of revenue and share price. Their total assets have also rapidly increased currently valued at $759.7B. This has resulted in MetLife being rated as a grade ‘A’ value stock.

In a nutshell, this allows customers to defer taxes on property sales and pay small amounts of payments rather than in huge sums.

MetLife has also made strategic changes in its management appointing Chief Information Officers in Asia and South America. MetLife is also currently contemplating the sale of a US variable annuity book.

This is rumored to bring in a substantial gain valued in the billions.

MetLife insurance currently employs over 45,000 employees around the globe.

MetLife is currently trading at all-time highs and this is noteworthy before buying into the stock. The current market conditions and increasing interest rates have attracted a lot of capital into the stock thus driving up the stock price.

MetLife’s strategy over the years has served it well. It has done remarkably both in the short and long term. It is up +3.27 in the past week and +5.54% in the past month.

The share price of MetLife insurance has hugely accumulated in recent years. Considering we are not in a sound market; asset prices are way more than their actual value.

The equities market as a whole is open to more downside and it will bring down the momentum stocks along with it.

The share price is headed for more volatile swings as uncertainty reigns in the market.

A common agreement on MetLife insurance is a momentous and tremendous company but it is very expensive thus presently overvalued.

Insurance companies will perform greatly with initial interest rates, but eventually, high-interest rates will crash the stock market as liquidity becomes tight and is no longer cheap.

Their conservative bond assets which are naturally risk-averse will pay off with an initial increase in interest rates, but it’s unknown how sustainable this will be in light of Macroeconomic trends.

The company will prosper in the period to come but will likely encounter headwinds along the way. It has outpaced inflation over past decades, as well as in recent years.

MetLife have returned invested capital by a modest percentile but nothing extreme. And they have a preference to accumulate little guaranteed returns over a long period.

Considering interest rates were kept artificially low at near-zero and even up to negative interest rates, the returns are explained.

MetLife were negatively affected by the pandemic as more health and life insurance was claimed. Their revenues saw a slump during this period.

2021 was better for MetLife and they quickly regained pace. Their dividends were pretty good for the previous year and appealing to prospective insurance stock market investors.

Many investors believe that MetLife is above their intrinsic value, and prefer to hold off until it comes down to a fair share price.

MetLife is very profitable and its investors are sitting pretty. They recorded a 3.46% uptick in revenue valued at $20.09B in 2021.

The net profit margin was at 6%, an astounding +640% increase year-on-year. Net income also drastically increased by +662% estimated at $1.21B over the year.

The dividend yield for the company was a good 2.69%. The P/E ratio was at 9.69 showing a reasonable valuation of the stock.

MetLife insurance and finance draws support from large institutional investors. These organizations take a long position in companies hoping to benefit over decades.

These institutional holders account for 74.67% of total ownership. These include names of large companies such as;

Insiders of MetLife hold at least 10% of outstanding shares with the rest being held by the general public.

MetLife is therefore likely to be around for a long period to come. Some insurance investors have argued that the rising interest rates will initiate a shift from the equities market to the insurance sector.

As the stock market falters due to increased interest rates, more people will move to insurance stocks due to high yields. This makes MetLife seem like a very attractive potential profit maker for the future.

MetLife is the third biggest life insurer in the United States, accounting for 6.05% of the total market share. This is a strong position it will likely retain.

Although it is difficult to tell whether MetLife insurance will sustain the momentum achieved, the CEO, Michael Khalaf, reaffirmed his conviction in the company.

Khalaf said, “MetLife’s financial performance in the fourth quarter and full year of 2021 was outstanding. Our strategic decisions and consistent execution generated banner-adjusted earnings and adjusted earnings per share. We know that strong performance leads to higher expectations. We embrace the challenge of meeting those expectations and continuing to deliver for our stakeholders.”

MetLife is a business that was built to last, to stand the test of time over generations.

MetLife insurance and finance is a stable investment in the long term. It has demonstrated the ability to surpass its peers in the same space.  It has performed better than 61% of companies in the industry.

MetLife is looking very bullish in the short-term but bearish in the medium to long-term. It has received an average consensus rating of a buy.

Based on moving averages, MetLife is a strong buy based on oscillators. It is an overall strong buy.

One should tread carefully nevertheless and wait for the opportune time to make advances in the MetLife stock. 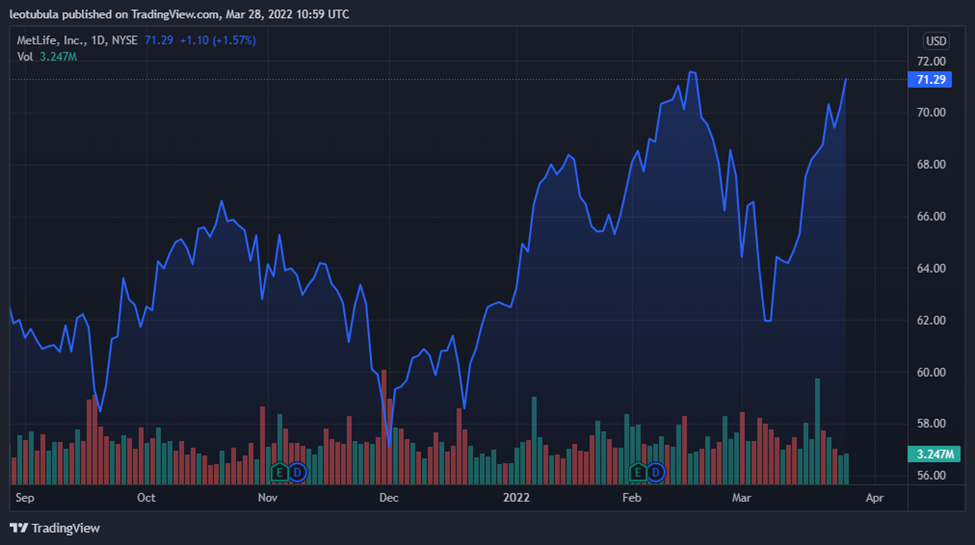 Should I invest money and buy shares in Alleghany Stock?