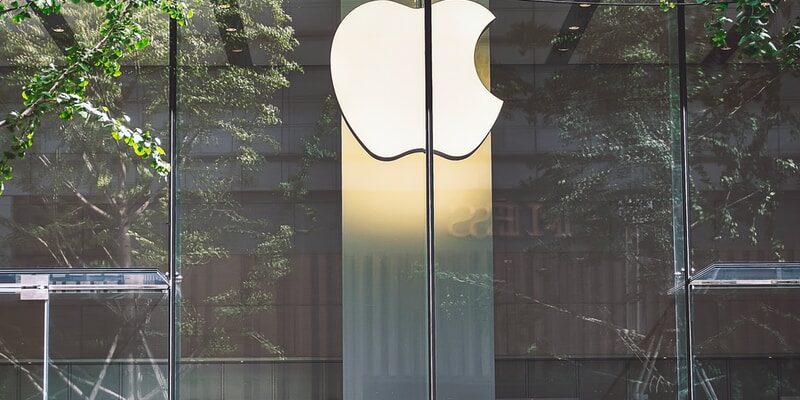 Apple is a US-based technology giant, considered among ‘the big five ’ IT companies.

Apple produces a wide range of consumer electronics including;

Apple is a household name that resonates with many throughout the world.

The classic garage founding in the ’70s and the iconic visionary, Steve Jobs, who is appraised for leading the revolution are among the most celebrated milestones about Apple.

Apple operates around the globe with 517 physical stores, and over 150,000 employees. It is headquartered in Cupertino, California, and is currently the largest corporation by market capitalization (Valued at over $2 trillion).

Apple has been buzzing as always in the mainstream media. They recently experienced a network outage that rendered the services like Apple Music and the App store unfunctional.

This has thankfully been resolved and has had little to no impact on the stock.

Apple stock and other tech stocks have spurred a rumble due to volatility.

Apple’s performance has been truly unparalleled remarkably rising in past years.

Expert investment analysts and investors in general, both private investors and hedge funds are trying to fathom the future direction of Apple, and if the recent low share prices are a cheap buy-in.

A former Apple employee has been charged by the US for defrauding the tech giant a sum of at least $10M.

Apple is also looking to capitalize on 5G, and gaming which generated significant revenue for the company, despite them not being much of a gaming developer.

Strides along these fields will be made to further scale and grow these areas.

Apple is also discussing a joint venture with the luxurious Automaker Porsche. This comes amidst speculations of the company developing an electric vehicle labeled as the iCar.

Apple is reportedly developing a ‘hardware subscription service’ in correlation with its iPhone products.

Some believe this is a strategic move to rack up sales to combat inconsistency in revenue. This development, therefore, seems appealing if it comes to fruition.

Apple is and has been the darling stock in the market for the past decade. It has been the favorite for Oracle of Omaha, Mr. Buffet, $AAPL makes up 40% of his firm Berkshire Hathaway.

Apple crossed the $3Trillion Market capitalization in January 2022, becoming the first-ever company to attain this level.

It currently stands a bit lower at $2.7 trillion. Apple has had tremendous growth and is looking strong with all the performance rankings. They have lots of free cash flow and are buying back a lot of their shares to increase shareholder value.

$AAPL and others have been up and down in the past months. Amidst the volatility, Apple is still held on dearly by investors. Institutions have recently bought in massively into tech stocks, including Apple.

Apple is considered the bellwether for technology, and is making huge leaps in futuristic developments to maintain this position. They are currently in AI, Augmented reality (AR), 5G, and other technologies.

Apple’s biggest money-maker is the mobile sector with their production of the iPhone series.

Although it is not the leading manufacturer in the mobile sector (currently ranks fourth), it is the leading brand in the world, and iPhones are regarded as the most powerful personal devices on the planet.

Samsung is giving Apple a run for its money and is its main competitor.

Some believe that Apple faces an innovation crisis and does not make creative products like its competitors.

This is demonstrated in their slow release of features which have been released by competitors like the connected watch and wireless charging made by Samsung.

In terms of market niche, Apple’s target audience is the upper-middle class and the well-off. This is believed to be a competitive tactic to target a high premium customer base and in turn price their gadgets higher than other manufacturers.

This model has worked well for Apple, but it has not captured as many numbers as its rivals like Samsung which sell more phones than Apple do.

The latter has consequently had more market share distribution around the world and look to become better in the future.

Apple still upholds its mission to bring the best to the market and value quality over quantity.

Apple has recently bought a British Fintech start-up, called Credit Kudos Ltd; the acquisition is estimated to have cost around $150M. This could be a good deal for Apple.

Apple has been a great five-year investment raking a whopping +384.60% in returns.

As spectacular as the results may be, Apple has been part of one of the greatest bull runs in history, and uncertainty lies in whether it can replicate the same in a bear market.

AAPL creates enormous value in the market and the gains achieved are truly deserved. As the market bubble gets bigger, it has experts discussing what will happen to the soaring stocks.

The market has been reiterated time and again by experts to be overvalued. The unreal returns seen could just as easily be wiped out.

The upturn in tech stocks is predicted to be around for a while and companies like Apple will do well in the near-term.

Cash and equivalents for Apple are estimated at $37.12 B, up by +3.08% they will consider buybacks with this rise.

Buybacks will likely push the valuation even higher for AAPL and it might rebound to the $3Trillion mark by the mid-year.

The return on invested capital for AAPL is very attractive to small and large investors alike. The huge amount of free cash flow puts it in a good position to have great leverage.

Apple does have its flaws and the most vital is the 5-year price to free cash flow ratio which stands at 35.92. The five-year P/E ratio is at 39.11. These are indications of overvaluation.

The Catch 22 for Apple is if it can swiftly grow beyond the colossal level that it’s at. Big corporations do not grow very much most of the time, due to market saturation.

While some speculate that the shares could rise even higher, some believe that what goes up will eventually come down and that AAPL is no exception to the law of gravity.

Apple had one of its worst years during the 2008 financial recession, thus proving its susceptible to crashes, but it proved phenomenal during the pandemic.

Apple is insanely profitable and they assure investors they can sustain this trend.

Apple’s foundation is well established and they hold an unshakable position in the market.

Apple has debunked popular dictates in the last decade by doubling their valuation when they seemed at peak level and many speculated the stock would fall.

The biggest question is if they can repeat past success in the coming decade.

They will almost assuredly grow, but the scale will range from small to medium at best.

Apple has a huge following and fanatics who revere the company are always up to buying Apple’s products and investing in Apple stock.

Apple will do well in the years ahead, but exceptional performance is not guaranteed.

AAPL is a strong buy-and-hold for the long-term based on the analysis of both moving averages and oscillators.

Analysts forecast an uptick in its stock and are heavily bullish on AAPL. The intrinsic value for AAPL is however way below the current value.

It is estimated at around $120 and those looking to buy cheap should wait for a mini to larger crash along this direction.

Is this a good time to buy Boohoo shares?

Is Meta Platforms Inc stock still worth investing in?