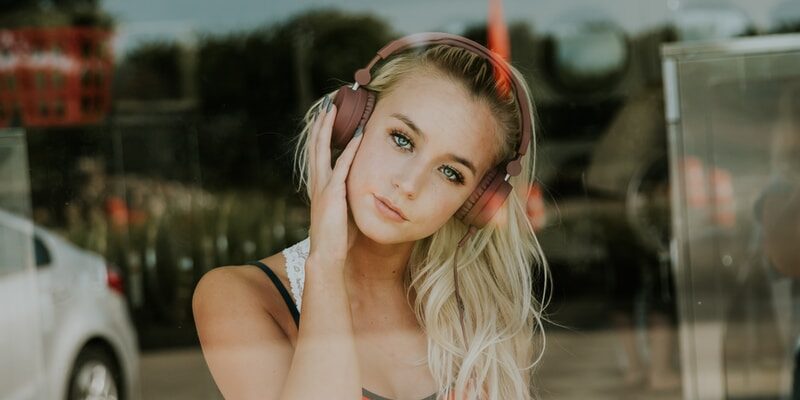 Spotify is a Swiss-based premium audio-streaming service. It is one of the largest digital streaming service providers in the world. It has over 406 million monthly active users.

The company generates income from its paid premium service (90%) and from its ad-supported service (10%).

Spotify was founded by Daniel Ek and Martin Lorentzon in April 2006. It is currently headquartered in Stockholm, Sweden moving from Luxembourg previously.

Spotify has been a market chatter over the past few weeks, with multiple complaints about its technical errors. The company has admitted to bugs in some of their software and is keen on addressing the issue.

The company has received celebrity advertising from the popular podcaster Joe Rogan, who officially switched to the platform, but has been regulated on inappropriate contents, brewing a lot of controversy.

Things have similarly played out negatively in their public view, with former US president, Barrack Obama and his wife Michelle leaving the service.

The two have been in a long contract (now expired) with the provider, but have finally decided to move elsewhere. The royals, Prince Harry & Meghan Markle have also exited the company.

The tech giant Google (GOOGL) and Spotify have worked together on allowing in-app purchases for the provider. Google and Apple Music are among its main competitors.

Spotify has shut down its greenroom creator fund, giving no explanation on this move. In retrospect it has launched a new fund independent open source projects.

Spotify is set to announce its earnings report today, 27 April 2022. This earnings call is crucial considering it missed forecasts last quarter, despite the revenue beat.

Spotify has acquired two major podcast tech platforms, Chartable and Podsights. This has reinforced the company’s strong position in the sector.

Analysts have revealed that the stock plunge despite decent earnings, is due to an unfavorable market. Just like Netflix, it could tank even whilst the number of subscribers increase.

Spotify is a company with huge potential growth. The stock has tanked despite beating analyst’s estimates today.

It recorded at total of 182 million premium subscribers (15% increase) and projected to grow to 187M by the next quarter. They have said that the Joe Rogan issue has not impacted them.

It only went public in 2018 and has disappointed investors, trading less than its IPO levels years later. Spotify is paying some of its employees in stock showing cash flow deficits.

The figures are not looking great for the company and at the current market situation, capital is fleeing such equities.

Spotify halted operations in Russia with the emerging conflict. Russia accounted for a significant 2 million total user activity and they took a huge blow following the move.

Spotify have proved that they still can scale despite this, as evidenced in their quarterly reports. The current market capitalization of the company is at $21.07B.

Latin America and Europe have contributed to a strong share in the growth of the company. The company faces competition from digital media, In-person and other streaming services.

Spotify is trying to expand into other audio content to capture more market share, it is a pioneer and leading audio provider that controls the space.

This has led to Spotify working with a lot of creators and celebrities who demand higher pay.

This has disadvantaged the company and it struggles to keep it creators at bay. The management is Superb at core building, but has faltered in public relations/governance.

Spotify has over 6.600 employees as per the latest figures. It has 15 offices worldwide and  operates in over 180 countries. Spotify works with media companies and record labels feature content on the platform. It has been expanding at a fast pace.

Although Spotify is the ‘Google of Audio’, new platforms like Tiktok have snatched market share and attention users.

The general public accounts for only 13% of total ownership, with institutions making up the bulk of ownership at a solid 56.91%. This includes mutual funds and investment firms like Vanguard, Blackrock, and the now popular Ark investment LLC. Insiders own the remainder.

The company has it biggest bet on podcast services, recently backed by a statement from the CEO saying, ‘Overall podcast consumption is strong and increasingly sticky’. He has further pointed out that Spotify is not like Netflix, despite the stock plunge to a record low after earnings.

The company has forecasted a downtrend in this quarter, but believes that investments would put it in good stead to flourish in the coming decade.

It has poured in heavily in research and development (R&D) to improve its overall user experience while unveiling new fascinating features.

One market expert suggests that Spotify looks good on paper but it lags behind in the market. 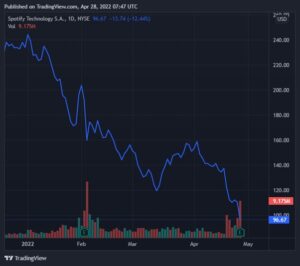 Spotify has shed over 70% of its value in the past year. Inflation, rate hikes and a general decline in the business have been suggested to be the cause of the fall.

Panic and fear reign the market triggering a sell-off which has caused equities to plummet.

A good portion of the market is in the red and Spotify has just had it worse than the rest. The company can get back on its feet if it proves it is an essential service provider that can withstand a recession.

Many now look at the stock as a declining business. What is occuring in the streaming world is bizarre with huge fallouts being witnessed.

Some believe the company is due for disruption and a take-over like the recent purchase of Twitter by Elon Musk, could fundamentally shake up the business transforming it positively.

The intrinsic value of the stock is approximated at an average of $193. Thus from a long-term perspective, if the stock will be here decades to come, now is an excellent entry point.

Cathie wood taking a position into the company has sent signals that SPOT stock that could take a surprising turn in the future.

Many are distraught about Spotify, but its a blessing in disguise to contrarian investors.

The company has not realized gains until now, with predictions that this will occur by next year 2023. Spotify released upbeat quarterly earnings, EPS was at 21 euro cents surpassing the expected loss of 24 euro cents.

Revenue was at 2.62B Euros beating the 2.62B consensus. The number of subscribers grew to 182 million but was below the anticipated 183M.

The net change in cash positively increased by a stunning 848%, coming in at 232M euros. Cash and equivalent similarly rose by +138%, posted at a cool 2.74B YOY.

The company has a long path to tread to attain profitability, hyper growth, share buybacks and cost-cutting will help them achieve this.

Spotify looks miry at the moment, but it’s not bleak looking forward. They are the gold standard in audio streaming and they will retain this crown for a long time.

Spotify have made efforts to advance their services to combat competitors and have popular creators under their wing.

Serial investors are still confident in Spotify’s ability to emerge triumphant in years to come. While flight is being experienced, this could change soon as entertainment and music are essential to people globally.

This sector has performed well even during tough economic periods. Spotify has the capacity to grow and lead the streaming service sector.

Spotify has taken a hit at the moment and the bears are ruling. It is bullish in the medium to long term.

Moving averages indicate a strong sell, while oscillators signal a sell. The SPOT stock is an overall sell, but the opportunity for a buy-in can be missed amidst the bad news. 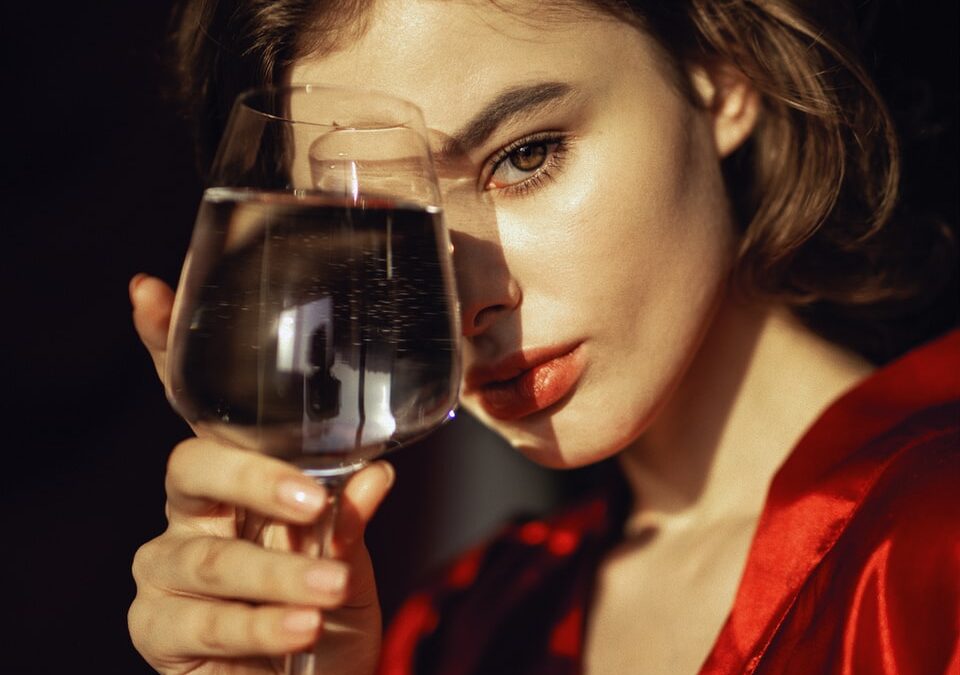 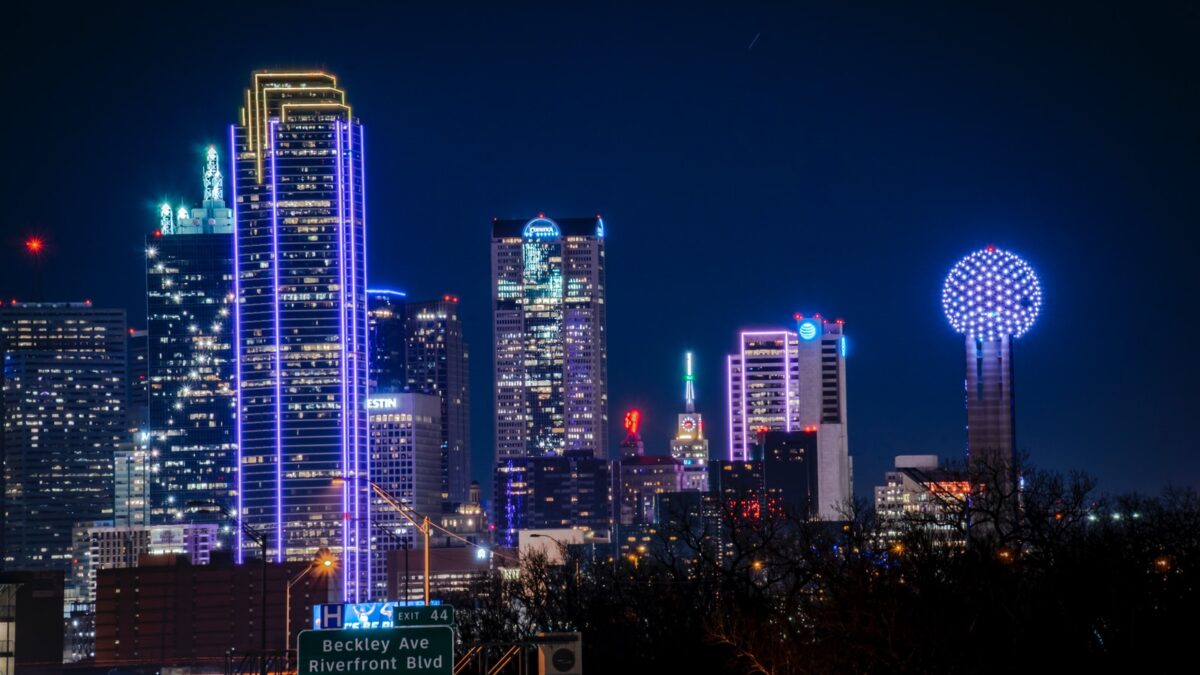 Questions to be asked at Zion oil and gas 2022 AGM