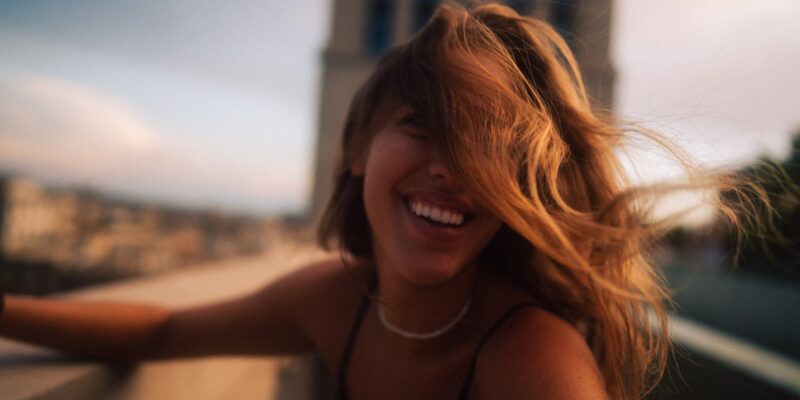 Micron is a US-based Semiconductor technology multinational that is a global leader in innovative memory and storage solutions.

It is the only company in the world that manufactures major memory and storage technologies namely DRAM, NAND, NOR, and 3D XPoint Memory.

The company has two major global brands i.e. Micron and Crucial. Additionally, it has other brands like Ballistic gaming and SpecTek.

The company was founded by Ward Parkinson, Joe Parkinson, Dennis Wilson, and Doug Pitman in 1978 and is headquartered in Boise, Idaho, US.

The chipmaker is assessing the option of opening a semiconductor packaging factory in India. It has visited two states to identify a suitable location.

This is a strategic effort to battle supply chain constraints.

The company is also set for a collaboration with Athinia to improve chip production.

The focus is on quality production, improving process and device yield, and accelerating product development.

Power disruptions reported by the company at its Hiroshima manufacturing facility threaten to affect the DRAM supply.

Prolonged outages have resulted in a complete shutdown of production lines. This is said to be caused by a lightning strike.

Micron experienced another hurricane, except this time in its stock price which went down with tech collapse.

It is at its lows since the year and they have expressed concern about weak industry demand which will affect hurt smartphone sales.

The memory maker announced its earnings last month, towards the end of June. Despite having a turbulent quarter, the company managed to perform well.

It has continued to strive for sustainability and is committed to an eco-friendly future.

The company receded to its lowest point from the beginning of the year. It now stands at a market cap of $64.47B.

The company has affirmed its goals of solidifying its current market share and not so much trying to compete for more.

The CEO Sanjay Mehrotra said in a recent interview with CNBC that he foresees semiconductor growth demand as the automobile industry will largely drive this.

The advent of EVs has made cars a technology gadget on wheels.

Even as he expressed worries about slowing demands, he was confident that the industry would continue on an overall uptrend.

Macroeconomic jitters might lead to temporal shocks but this will recover robustly over a long period.

The strength of the industry has further been reinforced by the incredible stellar earnings posted by companies in the space.

Taiwan chipmaker TSMC was one particular example of this, reporting a 75% profit surge despite the inflationary and recessionary fears.

Micron competes with companies like TSMC and others like San disk, Seagate Technology, Media Tek, and more.

The semiconductor shortage has led many to believe that the sector could rally in the not-too-distant future.

The US government has proposed a CHIP act to create incentives for local production and hedge against foreign competition.

Many chipmaker CEOs including Micron are urging the bill to be passed and advocate for long-term grants.

Critics have argued that this move will not be enough to motivate increased manufacturing in the country.

Semiconductor’s utility and value to the global economy cannot be overstated, nearly every essential industry from energy, transport, and defense requires semiconductors to power electronic devices.

The government is keen to increase production to protect against looming shortages.

Micron and other manufacturers are on the run to increase their production to meet demand.

Micron has been labeled as a boom and bust stock due to the nature of the industry. It has decades of experience and is well abreast with the rapid changes in the industry.

Although demand for smartphones and PCs could affect the industry sectors support growth.

Amazon is a prime example and their lead in the cloud technology sector. If they build a huge data center, 30% of the cost goes to memory utility.

This puts makers like Micron in a great position to benefit not only from chip-making but also from streaming, e-commerce, and others.

Amazon revealed on its Prime day event that consumer electronics make up the majority of consumers, which cannot be made without chips.

Micron and other Chip makers are in an especially advantageous position as growth in the sector looks infinite.

There are at a central position in advancing core and cutting-edge technologies like AI, 5G, and a plethora of others. 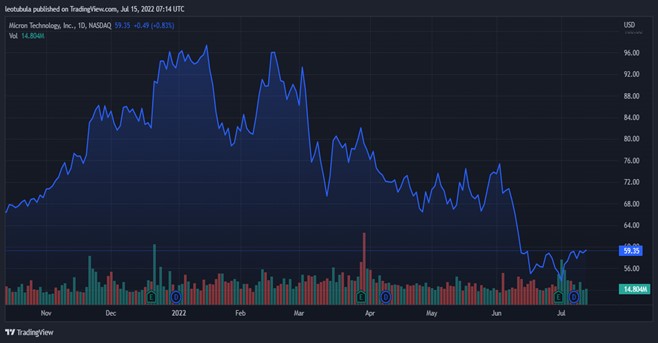 The stock has received momentum following its fall this week and has attracted a lot of traders looking to buy the dip.

The stock is down by -36% in the past six months and -22.8% from the last year. The share price is justified with the stock looking bullish with the booming chip industry.

Investor sentiment is remarkably strong in the company. This is seen by the huge ownership by institutional investors in the company constituting 82.65%.

Mohnish Pabrai, a famed value investor nicknamed the ‘Indian Warren Buffet’ has gone in large on the stock and is an ardent believer in its growth potential.

For the longest time, the memory business was terrible, boom and bust, innovation disruption, and so on. My thesis about three or four years ago was completely different

He reiterates that it’s a tax on all fundamental tech operations due to their necessity.

Other renowned investors like David Tepper, one of the most successful firm managers in the world and believe in the stock’s fundamentals. Li Lu, Seth Carman & Guy Spier are also added to the list.

A yahoo finance user asserts that the stock is undervalued posing the question:

How can a tech company have a P/E ratio of 7?

Typical tech P/E ratios are 20-25, which goes on to show Micron is heavily undervalued.

The term profitable is an understatement for Micron’s mind-blowing financials. Semi companies led the way in delivering the highest margins this year.

Their performance continued to amaze shareholders with a confirmed 13.36% of return on invested capital. Additionally, a 0.75% dividend yield was issued.

Diluted EPS for the quarter went up by 54% over the year valued at 2.34. The P/E was at a good 7.04 indicating a reasonable valuation.

The company reinvested a lot in its operations through buybacks, acquisitions, and expanding its capacity.

They have 1.8B shares outstanding translating to 1.8%, it has consequently increased their shareholder equity in the company through its repurchase programs.

They maintain a low favorable debt-to-equity ratio of 0.15. Operating expenses increased by 19.96% over the year valued at $1.03B. The balance sheet is strong overall.

Profits are expected to keep rising for the company, with Micron’s rapid growth.

Pros for investing in Micron Technology Inc (NYSE: MU) based on the General Outlook

Cons of investing in Micron Technology Inc (NYSE: MU) based on the General Outlook

Micron chips are used in high-value 5G wireless base stations and consumer electronics like smartphones. They also find utility in cars, sensors, and many IoT devices.

Memory makers like Micron are rushing to expand this and have a huge market gap. Micron is a leader in space and will remain so in the foreseeable future.

The world needs to upgrade to more wireless networks and data centers that support them. Micron is well positioned to benefit from this and is a hyper-growth opportunity, given the huge untapped market.

Micron has a lot of upsides and is anticipated to see an exponential rise in the future.

Traders and investors alike are bullish on the stock. Moving averages and oscillators both indicate the stock is a buy.

It is showing signs of undervaluation and could climb higher following its overall growth.

The turmoil in the equities market could impact the stock temporarily but it will assuredly come roaring back on top of the markets.

Micron is a strong buy and good consideration in the portfolio of a long-term value investor.

Should you buy MU now? Yes is the answer to the huge pullback.