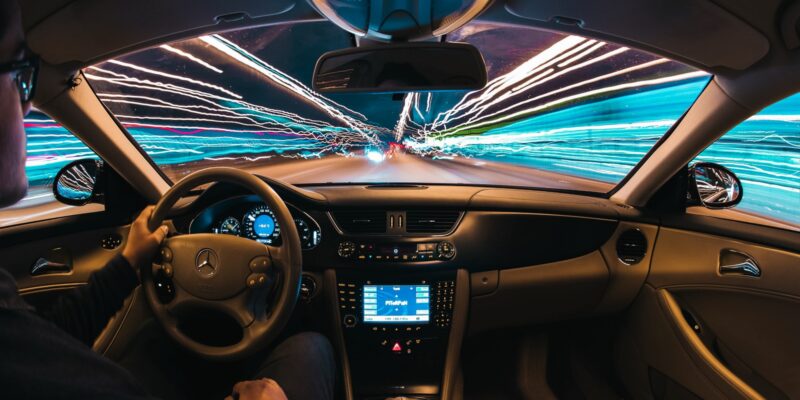 This in-depth article about the NIO Inc stock 2022 asks, is now the time to invest? Many different investment aspects are considered.

NIO is an international Chinese-based EV automaker operating as a holding company.

The company engages in the manufacturing design, joint manufacturing and selling of smart and connected premium electric vehicles.

Its most popular models are the EP9 supercar, ES8 and the upcoming ES7 SUV.

NIO was founded in November 2014 by Qin Li Hong and Li Bin.

NIO has caused an uproar in the market as the EV bubble continues to grow. NIO took a huge hit in recent months and is down by 80% from its peak highs.

NIO is arguably one of the leading EV manufacturers in China.

The share price slump has not gone down well with a lot of investors. Many investors are looking to withdraw from the stock while optimism still remains.

At the start of April 2022, NIO released its first quarter report. The announcement stated that it has delivered 25,768 vehicles in the first quarter of 2022, representing a 28% increase year-on-year.

NIO manufactured 9,985 vehicles in the month of March.

NIO had announced a halt in producing EV vehicles due to Covid-19 restrictions, but has recently resumed its activities.

It has secured a heavy round of funding estimated at $2B, many have speculated, that the company might be nearly bankrupt, but this is far from the truth.

NIO is backed by the CCP and have been actively involved in R&D which has set them back.

They are behind targets and are looking to ramp up production.

The NIO stock has not been in favor for the longest period, but this could change very drastically in the not-too distant future.

NIO has been one of the highest-flying start-ups in China and dominated the space as the mover in the market. NIO has a strong Market capitalization of $32.46B.

The company is still at the take-off stage and on its way to realizing its full potential. The huge plummet faced was due to supply constraint issues, thus it could not meet demand.

There are dozens, if not hundreds of EV manufacturers in China, let alone across the globe. Many have warned that the EV bubble will eventually come tumbling down.

NIO saw its greatest days with the rise of Tesla (TLSA) in 2020 and it followed suit. This rise was observed throughout the EV market.

However, while stiff competition exists, the demand for electric vehicles has similarly soared, especially with the hike in fuel prices due to the Russian-Ukraine war and post Covid-19 lockdowns.

NIO has moved from more than just electric vehicles due to the inherent risk of the market being crowded. Its other sectors like Autonomous vehicles (AV’s) and AI are superb prospects.

NIO will be looking to expand more into other countries as its presence is not well-established in Europe and other parts of the world.

The NIO formula E team is renowned in the championship racing. NIO however sold the team to Lisheng racing and does not fund it anymore.

NIO has a huge chance of becoming a major EV maker in China. The company is pushing forward strongly despite the losses it experienced. It is actively marketing its brand to strengthen the company.

NIO has the advantage of having one of the largest consumer markets in the world in its home republic, China. The government wants to lead the race to reducing the carbon footprint.

NIO has been termed as China’s next dark horse, viewed as a short to near-term play. Not enough data is known on NIO to accurately compute its technical.

Free-cash flow has been growing for the company which is a good sign showing massive growth. The EV industry in China has been off Beijing’s radar in terms of regulation.

NIO has had its fair share of controversy, with some of the most common being a missing factory promised to investors and the lethal risk of their autonomous vehicles (safety concerns).

NIO is at a critical juncture in its growth and upcoming developments will set the tone of how the company progresses.

The share price has seen wild swings, currently down by more than 80% from its highs. It hit an annual high (also all-time high) of $55.13 in last year due to the pumped-up market.

NIO’s sharp plunge has been put down to its internal issues, due to suspension of production, arising from the pandemic lockdowns in China. General market weakness has also played a role.

The share price of NIO is now at a discount, although many feel it was undervalued before and it could go more lower before making a re-entry. The volume of shares is at 89.70M.

The NIO stock has been having an almost predictable pattern of short runs and then a crashes. This pattern has been of much benefit to day traders who are options trading.

Many investors hold differing views about the NIO stock. The plunge has made NIO shareholders subject to ridicule.

The company is well-known and some foresee it could go under, even if it seems too big to fail.

NIO is held in high regard in its home country and the possibility of going out of business is grossly minimal.

Some believe that NIO relies heavily on funding as its burns nearly $400M a quarter to remain afloat.

Despite the negative numbers, some investors and stock market traders see NIO as a strategic play that is building up momentum and could explode afterwards.

The fair value of the NIO stock is estimated at an average of $12.29 per share. NIO is just above this value and thus relatively overpriced. This is based on the DCF (Discounted cash flow) model.

NIO is yet to achieve profitability. This is due to the company having to reinvest in themselves and the fact that the company is still growing.

By these sheer evaluation metrics, one would fathom the company to be technically bankrupt.

It’s important to note, that NIO can flip this lever anytime and declare profitability, but they have instead chosen the long path of growth and delayed gratification.

There is little excitement surrounding NIO at the moment. But the narrative of a huge sell-off is not entirely correct. The company is a crucial one and serves in a sector regarded as consumer discretionary.

NIO will likely encounter more headwinds, but it is very well prepared for the battles.

NIO also has a strong following from its fandom who are enthusiasts of the amazing vehicle models the company produces.

The People’s republic of China is also very keen to ensure that it has a foot in the global EV sector. Companies like NIO will make this possible.

Sales for the automaker are projected to grow with the electric vehicle revolution. Projections forecast that within the next three decades, all mode of transportation will be electric.

Autonomous vehicles are also a growing prospect. NIO will ensure the company will explore and lead in the frontiers beyond conventional vehicle mobility. AI is undoubtedly a new era in tech.

NIO is a conflicting play at the moment. It looks bearish in the immediate term, but bullish in the medium-term.

Entry into the mass market could see the stock blow up. Analysts have rated NIO as a buy in the long haul, but some are indicating a sell signal at the moment.

Moving averages suggest a strong sell and oscillators show a sell. The stock is ranked as an overall strong sell at the moment.

In case the NIO stock falls further this would pose an excellent buying opportunity. NIO is a hold for the long run. 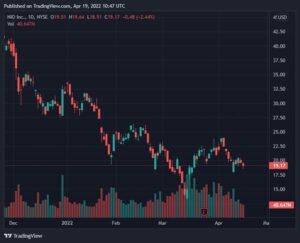