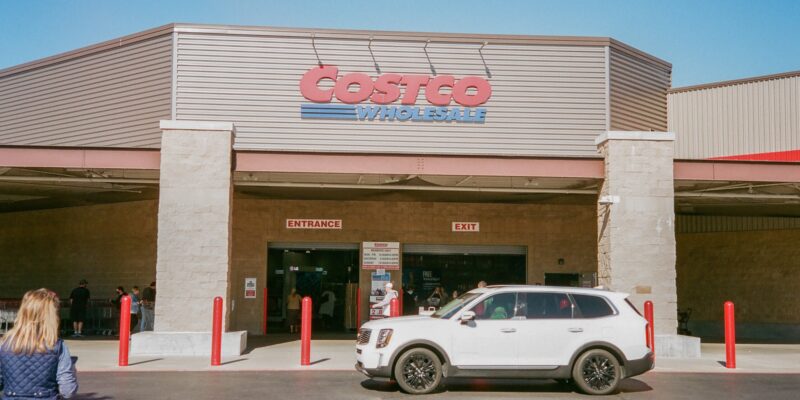 COSTCO differs from the typical retail stores by operating membership warehouses offering lower prices on their products to their members.

This model has allowed COSTO to benefit in the long-term on annual membership, even if they temporarily encounter losses. Its beginnings date back to 1976 (Known as Price club), going public in 1985 (as Costco).

COSTCO is a Fortune 500 multinational operating in over 10 countries worldwide. COSTCO have some 804 warehouses. COSTCO is a jack of all trades, offering a variety of products ranging from,

It generally exceeded analysts’ expectations by a considerable percentile.

Revenue was reported to be $51.9B (Up by +16%) and earnings of $2.92 per share. Contrary to expectations, following the strong results, the stock is slipping.

COSTCO had a great year in 2021, rising just a little shy of 70% from the previous year. It seems that the recent momentum sapped its post-earnings potential. The first few months of 2022 have not been so good for COSTCO. It is down -2.9% over the past week. It has fallen by -6% over the start of the year.

COSTCO is struggling with last month high of $534 and the stock is predicted to be open up to more downsides.

The plunge COSTCO experienced has been attributed to the slow growth in their store sales, and investors looking for better growth potential over earnings.

COSTCO was a big gainer amidst the covid-19 pandemic. The seismic shift to e-commerce has caused a meteoric increase in their earnings.

The volume of trade in e-commerce in 2020 alone was more than the previous five years combined. E-commerce growth was reported at 75% in 2021. It has reduced significantly to 12.5% in the recent quarter. This might be another cause for the negative stock slump.

The recent dip this year has been a worry for investors in COSTCO, and analysts say that its earnings growth has significantly underperformed price.

The lofty valuation is an issue of concern as the COSTCO stock is expensive, while the PEG ratio is disproportionate to this performance.

Inflation and higher cost of labor will be a huddle to COSTCO, as they look to open new stores this year, in New Zealand and in Sweden.

COSTCO operates over 800 stores with the majority of its Sales coming from North America (86%).

COSTCO plans to spend $20B in 2022 on expanding its stores to multiple locations all over the globe. They plan to open about 28 new warehouses in total.

COSTCO has great liquidity and could easily fund this endeavor as it is a necessary strategic decision.

Speculations are ongoing about a special dividend that COSTCO could pay to its shareholders this year. The company has about $12B in cash, and equivalents that could help fund such dividends.

This is however not confirmed as there are a lot of operations COSCO has to undertake that will require including scaling,

COSTCO’s CFO, Richard Galanti addressed the dividend issue stating, “It is something we have done four times in eight years. We and the shareholders, seem to like it when we do it. And I’m not trying to be cute, but haven’t made that decision at this juncture. It’s probably a when, not if, but when will be when we do it.”

COSTCO is looking good at the moment despite this year’s hit. It has generally been down this year, but has seen surges, especially with geopolitical tensions.

Capital has fled to safe havens, and COSTCO is somewhat considered as such. It is a fundamental industry that is very essential to the needs of daily living, and almost non-expandable.

The general public holds 30% of outstanding shares, while insiders hold at least 7%.

COSTCO’s competitors include the likes of $BJ and Sam’s Club, together with Walmart and Amazon to a larger extent.

Arguments about the dominant players in the retail space are subjective. COSTCO has performed well, but many believe its competitors are an edge above it. This may be because COSTCO is relatively young in the e-commerce field, and as such does not have as many stores as its competitors do.

It also takes a different business model which critics believe limits COSCO to a smaller Customer base.

COSTCO has announced plans to raise its membership plan this summer. Hyperinflation is likely to have influenced this move.

Geopolitical tensions has also played a crucial part. With oil prices rising, many are flocking to COSTCO for discount fuel prices, this could lead to massive losses if not solved.

The increase in membership plan is a strategic move to maintain smooth operations.

With a market capitalization of about $233B, COSTCO is in an overall good position, and all its metrics have been positive over the past year. 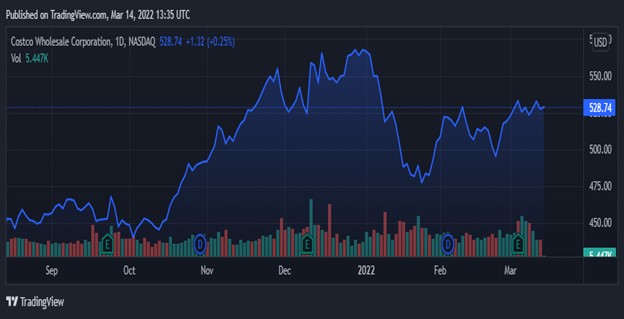 COSTCO has traded at a year range of between $322-$571. The volume of shares now stands at 2.44M or thereabouts. The EPS was $2.92, and increase according to the quarterly results.

The share price of COSTCO was down by -2.9% in the last week. This dip that has been witnessed through the year, has been validated as a valuation issue, and a chance for a buy-in.

COSTCO’s performance has been staggering. Their revenues have been on an upward move over the past five years, and exploded with the pandemic even as many fell.

COSTCO is generally viewed as a solid stock capable of withering the headwinds of the stock market.

However, the stock price has captured the attention of investors who view it as being too expensive. The P/E ratio of 42.52 suggests that the share price has not kept up with earnings.

Long holders of COSTCO are glad by the performance, and are willing to hold for the long-run.

A lot of investors selling is going on currently, further driving down the stock price. Many are looking to buy the dip. Short-term investors have little confidence in COSTCO, especially with the current stock market situation.

The last major selling action was when Berkshire Hathaway, Warren Buffet’s company massively exited the stock in late 2020. Despite this sending ripples to the market of the stock being overvalued, it did exceptionally in the following year.

COSTCO is extremely profitable, and has maintained this momentum for years. The net income for 2021 was $1.30B, up over +17% in the past year.

The profits are expected to continue rising with projected average revenue growth of over 8% over the next five years.

The dividend yield was last reported at 0.60%  and has growth potential.

COSTCO is a one-stop shop solution that provides all the necessary products people may need. It is vital for the current and future market niche it serves.

Billionaire investor, Charlie Munger who once served as a director at COSTCO, believes that COSTCO will be a titan as an online retailer. He expects the long-term will be great for COSTCO in the coming decades.

He is heavily invested in COSTCO with speculation of him holding 167,000 shares. Munger has however stated that at the current market price he would neither buy nor sell the stock.

The technical analysis of COSTCO shows its recent evolution indicates slowed performance. Both the long and short-term trends are neutral.

The support level is about $492 and the resistance level is around $567.

COSTCO has done well and will continue to do so, but the sky-high valuation will generally go down with the market in economic crashes.

Although COSTCO is expensive, it currently still has room to scale upwards. It is relatively bullish on the short-term and bearish long-term.

This is a remarkable opportunity for options trading on the stock. Call options could rake significant gains as it significantly rises in the next few months.

The intrinsic value for COSTCO is estimated to be at $250 per share. Buyers should wait for a crash, when the stock pullbacks below this price to make an entry.

Want to read our stock picks for free?