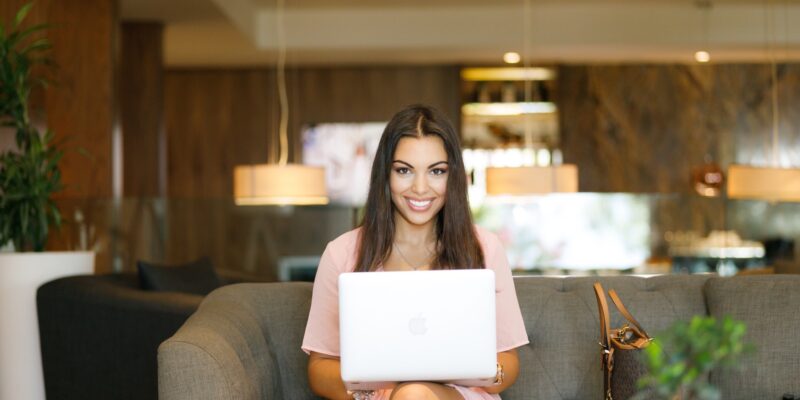 Take a look at some of our stock picks.

Kanaboo $KNB have launched their website where people can buy their products.

“The Kanabo.store will cater to the UK market initially and will then roll out across Europe, giving CBD consumers access to Kanabo’s three proprietary CBD formula pods that work with Kanabo’s unique VapePod.”

“This is not your average CBD vape.”

“Featuring the VapePod, a one-of-a-kind medical grade vaporiser designed to provide easy-to-use metered dosing for all. The first device of its kind available to the wellness market. Kanabo’s expert R&D team has formulated 3 unique CBD formulas compatible with the revolutionary VapePod.

“Our opening sale offers you 15% off for a limited time only and by signing up for our newsletter, you will receive a coupon for 10% off.”

$BABA rockets +10% due to increasing its buyback program to $25B

$CEA is down -8% following news of plane crash

Check out some of TabStocks stock picks

Grab those cheap $GRAB shares while they are still cheap? They are on the move north.

Is DMG $DMGGF another winner in the making? This stock could rocket to $5+ in the next crypto bull run.

Russian leader Putin, has given an order which will see around 500 Western-owned aircraft to stay in Russia. The leasing companies who own the planes will not be able to recover them.

However the planes will only be able to be used within Russia and countries not sanctioning the country due to its ongoing Ukraine invasion. Moreover Russia will not be able to obtain plane parts from the West.

The sanctions are likely to last for at least 30 years and likely for at least 20 years even following the end of Putin’s power.

In part due to the fact that no senior officials within Russia made an effort to stop Putin from the brutal murders of Ukrainian citizens, including more than 110 babies and children.

And because Putin threatened to use nuclear war to prevent NATO from trying to stop him from murdering innocent people.

Energy stocks fall, Exxon is down -6%, Chevron and Schlumberger both down by -6%.

Price of oil drops 5% due to Russia-Ukraine talks and the China lockdown.

Parts of China (including the city of Shenzhen) are in LOCKDOWN over new Covid outbreaks. Chinese stocks are falling due to the new outbreaks.

Millions of people are in lockdown and iPhone production has stopped.

Car manufactures are affected too, including VW. All supply chains, more technology related will be affected globally.

This is the largest lockdown in China since Wuhan 2020 outbreak.

Parts of Hong Kong is in lockdown too as coronaviruses spread.

Markets have been volatile since the covid-19 crash in early 2020. The gains made since in 2021 have been maintained, due in part to the skyrocketing crude oil price.

Though some stocks have suffered due to the instability as a result of the uncertain nature of rising interest rates and inflation.

The bull run is not over with stocks, I believe, and should continue to rise.

I think uncertainly is due to the ongoing Russian invasion of Ukraine and the geo-political fluid issues that can influence markets as they readjust.

However, it’s clear the bull run ended for crypto and cryptocurrencies have entered a bear market.

Check out some of TabStocks stock picks

The Russian government told the airline operators to pay the leasing companies in Russian rubles.

The leasing companies do not want to accept rubles because the ruble has been devalued.

The aircraft leasing companies want to be paid in dollars, but the airline operator companies are unable to pay in U.S. dollars due to the sanctions due to the war in Ukraine.

Th hottest and most traded stocks so far this month:-

$HUSA made a +400% move north! TabStocks published an article on HUSA last month when the share price was just over $1

$GRAB looks like a good entry for a nice return following a long term hold. Is GRAB a stock investors can take to the moon?

$SPCE stock was trading down around 10% due to insider trading lawsuit.

Snowflake stock $SNOW price falls 15% due to a slow down in sales.

The price of oil jumps again, around 3% due to energy companies distancing themselves from Russia crude oil.

The price of crude oil skyrockets 8% spiking past $103 per barrel.

Coinbase $COIN is up 7% as sanctions on Russia increase crypto demand.

Oil price continue to climb, now 3.3% higher due to the Ukraine invasion, ongoing tensions, bearing on the supply of oil of which Russia is a major producer.

The price of Crude oil climbs higher by 4% due to further Russian sanctions.

The only way to lock in losses is to sell your shares. So if you don’t want to be tempted to do that then you should not look at your investing portfolio.

Stock markets go up just as they go down. They recover. But you should do your own research.

Taiwan is now worried that China could make a move to attack and invade Taiwan. China rejects the fear.

The Russian Stock Market crashes down -32% which is the most it ever has in its history.

Russians are pulling their investments out and moving funds into other markets. At one point it fell -50%.

Price of wheat could rise since Ukraine is a big producer.

$RR crashes 18% (at the time of writing) after CEO said he plans to step down later in the year.

Ukraine has been hit by a second wave of military attacked by Russia.

Stocks in the oil industry have risen.

British conservative politician, David Davis is calling for a NATO air force to support Ukraine. In other words to fight against Russia.

This after Russia stated if any country interfere they will be met with something like never seen before.

Russia under Putin are capable of anything, including launching hypersonic nuclear missiles that could reach the London in 7 minutes.

U.S. ramps up support for the Baltic states by sending more U.S. troops and helicopters.

In other words Russia will nuke any country that tried to stop this war between Russia and Ukraine.

It’s clear that Russia under Putin will not stop at Ukraine and desires to take back all former USSR states and even to invade the European Union (EU).

How this will affect global stock markets remains to be seen. The price of oil is likely to rise further and cryptocurrencies could enter a new bull run as a result of the uncertainty.

The price of gold is likely to rise too as well as other investments in the precious metals markets.

$TSLA fell 4% today with its share price dipping under $800

Virgin Galactic $SPCE shoots up 14% even though its earnings report were not so clear.

$ZNOG share price is up 18 cents (at the time of writing) had reached 20 cents at the open. Maybe some good news pending to be released?

$HL Hargreaves Lansdown dropped 22%, the highest on record. Due to lower profits because UK investors based in Briton are trading less after lockdowns were lifted and people are going back to work in offices.

Brent Crude is up $98 per barrel due to Russian-Ukraine tensions.

It’s looking increasingly likely that war will start very soon between Russia and Ukraine, maybe as soon as tomorrow 22 Feb 2022.

The recent pull back of Russian troops was in a limited capacity, probably related to tanks and equipment that was not functioning properly and in need of scraping or repair.

During which time Russia increase troop numbers and engaged in joint missile testing with Belarus and fighter jet exercises.

U.S. stocks are not open to trade today due to U.S. national holiday, Presidents’ Day.

Russian stocks get it bad experiencing biggest fall since 2008 due to possible Ukraine invasion.

“UK Oil & Gas PLC (London AIM: UKOG) is delighted to announce that the long-running appeal by Finch et al to overturn the December 2020 Judicial Review judgment upholding the legality of Horse Hill’s planning consent, has been refused by the Court of Appeal.”

“This judgment means that the planning consent for Horse Hill oil production was granted entirely lawfully and, as such, confirms that Horse Hill can remain operational until the end of its commercial field life. The Company holds an 85.635% operated interest in Horse Hill and the surrounding PEDL137 licence.”

Could UKOG be a 10x bagger in the making?

$HUSA stock price appears to be low enough for a buying opportunity, moreover for a long term hold.

$SPCE share price rises a massive 16% due to pre sales of spaceflight tickets.

Russia pulls back, NASDAQ 100 Jumps 2%. Some Russian troops have returned to their bases new sources report.

However, numbers are not known and Russia is still in prime position to invade Ukraine.

Russian ‘front line’ troops are moving closer to the boarders with Ukraine. Russian field hospitals are still being constructed.

$CINE is a stable 40p Could this stock rocket from here?

Heads Up on ZNOG Good Time to Buy Shares? 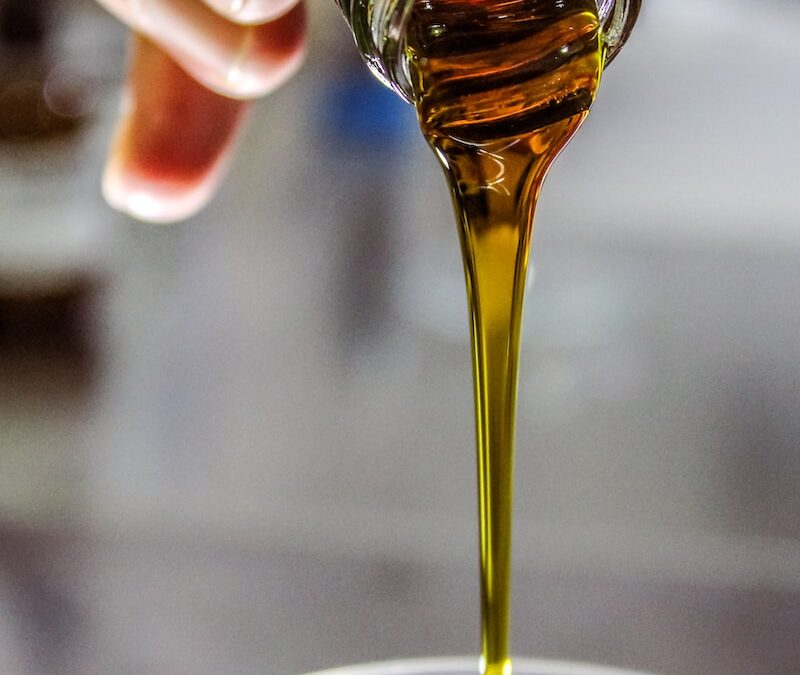