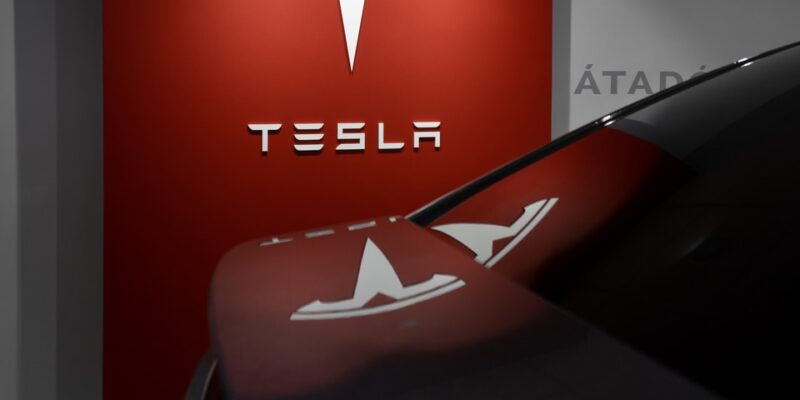 This article takes an in-depth look at Tesla Inc stock TLSA: and asks, is this a good time to invest?

Tesla is an electric vehicle manufacturer and a vertically-integrated, sustainable energy company. It engages in the production of automobiles, batteries, solar technologies and, energy storage systems and more.

The Tesla company’s goal is to spearhead the transition to electric mobility, and has plans to produce affordable sedans, semi-trucks and sports cars.

The Tesla company was founded in 2003 and is based in Palo Alto, California by the Outspoken and infamous CEO Elon Reeve Musk together with Jeffrey Straubel and others. The company moved its headquarters to Austin, Texas in late 2021.

The Tesla automaker has recently released its first quarter (Q1) earnings. It has down-trodden the mere analysts estimates that were set with record-blowing numbers.

The Tesla company has raised its prices for its vehicles arising from the soaring inflation, currently at over 8%, a 40-year high. The Tesla share prices responded accordingly as one of the biggest movers.

Overall Tesla has performed quite well despite the supply chain issues, delivering a record 310,482 vehicles in Q1 alone. The Tesla boss, Elon Musk is confident they can overcome supply chain constraints.

Other stocks in the EV sector like Rivian (RIVN) and Lucid (LCID) have capitalized on the momentum surge performing even better than Tesla.

$TLSA stock slumped in the past week following the controversial acquisition of Twitter by Elon Musk. The Shanghai Factory has resumed production following the lockdown disruption.

High lithium prices has sparked hope for mining corporations for a possible acquisition by Tesla.  Elon Musk tweeted that Tesla might have to make its own supply of battery metals.

The Robotaxi division, which the company seeks fully exploit by 2024 will be a growth-driver.

The company has never seen better days and is the darling of the stock market. They are growing astronomically, for a company valued at $1.01T. This rate is seen only in unicorn start-ups.

Tesla is currently the most valuable automobile company beating the age-old industry captains like Volkswagen, Toyota, General Motors, Ford Motors and the others.

The company leads in sales of electric vehicles worldwide with about 23% of the market share. It employs over 110,000 as per the latest statistics.

Elon Musk is the leading shareholder with 17% of the total outstanding shares. It went public in 2012 raising over $226M from its IPO.

It has faced many challenges since its inception, approaching the verge of bankruptcy several times. It is the Zeal and insight of Elon together with other members who helped Tesla stand.

It is an inspiration story that has captivated people highlighting the American dream, of how a teenager immigrant from South Africa with nothing rose to affluent riches.

Institutional ownership makes up 41.89% of the outstanding shares with, other insiders own about 0.3% and the general public accounts about 40%.

The company is held by large corporations like Mutual Funds and investment funds including Blackrock, Vanguard, Invesco QQQ Trust and many more.

Tesla has earned huge regulatory credits which have significantly contributed to its rise. These are credits given by the government to electric vehicle companies that make positive impact in clean energy.

The conventional automakers are lagging behind production and will acquire credits from Tesla in order to keep up with the net zero emission policy.

Ark invest, led by Cathie Wood has huge interests in the stock totaling 9% of their holdings valued in the billions. They called Tesla way back in 2018 when it was still undervalued.

The Tesla company is looking to go beyond electric vehicles and disrupt other sectors. They lead in solar energy developing photovoltaic cells.

Through other companies owned by Elon, including the boring company (tunneling), Space Exploration technologies (Space X) and others have partnered with Tesla to achieve their overreaching ambitions.

Tesla has developed new factories around the world, with the recent ones being the launch of the Berlin Giga-factory in Germany and the other in Texas.

Tesla is showing no signs of releasing a new car soon. The demand for EV’s is off the ceiling and through the roof right now, due to the Russian- Ukraine war which has caused oil hikes.

The long anticipated Cyber Truck, Pickup and cheap vehicles will have to wait as the current market situation is not favorable. Strides in these developments occur around 2024 onwards.

This run is due to the amazing results posted. The retracted a bit due to selling action after the release. It is trading at a day range of $975- $1034.

The volume of Tesla shares traded is currently at 23.09m million. The company is set for a 5:1 stock split due in late 2022 (August to October), which will increase the volume of shares.

This will more capital to access the stock making it slightly cheaper. The stock might skyrocket due to the influx in buying.

The share price is not justified at the moment, considering the gains were during the bull-run after the pandemic bubble was created from the excessive fiat injected into the economy.

The business is a viable one, that is future-based and the market demand outstrips supply, but this does not validate the overly high valuation.

Some are calling for the Tesla company to shoot even further considering the booming industry. A meteoric rise by the company at this point would mean that they would have to be bigger than the entire economy of a country like the United States.

The EV bubble has certainly grown with many companies entering the scene. Tesla is not monopoly although it leads in the space. It faces fierce competition from dozens of existing and upcoming enterprises.

They will likely do well but the stock is at the moment nonchalant, with the fair value estimated to be at an average of $1,043. It is currently at par with its intrinsic price.

Tesla is a money-making enterprise, reflected by the recent rise in profits for the quarter. The stock beat the analysts EPS estimate of $2.26, bringing in a good $3.22.

This is due to the cash-intensive activities of the Tesla company such as setting-up new factories and production.

Tesla is very solid in terms of profitability and this should grow if they sustain production.

Electric vehicles are undoubtedly the future of mobility and is still at the ground in terms of future potential. It will take decades to replace all ICE’s with electric vehicles.

Tesla is the leader in the space, producing more electric vehicles than all of its top competitors combined. It has estimated to produce about one and a half million EV’S this year.

The company is doing great and is at the helm of its industry. It is among the few trillion-dollar companies and has just started its run.

It will encounter ups and downs but is expected to exist decades later, dominating the market.

Tesla is a hard to company to evaluate but is trading at optimal prices at the moment. It is bullish both in the short to medium-term.

However the company will likely tumble in case of a black swan event such as a recession or depression which could happen in the course of a decade.

Analyst expect the revenues to quadruple by 2030 and EPS to be at $35. Moving averages indicate a strong buy at the moment while oscillators are neutral.

It is an overall buy, for a long-term hold, but a crash would pose a fantastic cheap buy-in. 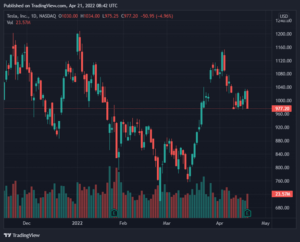