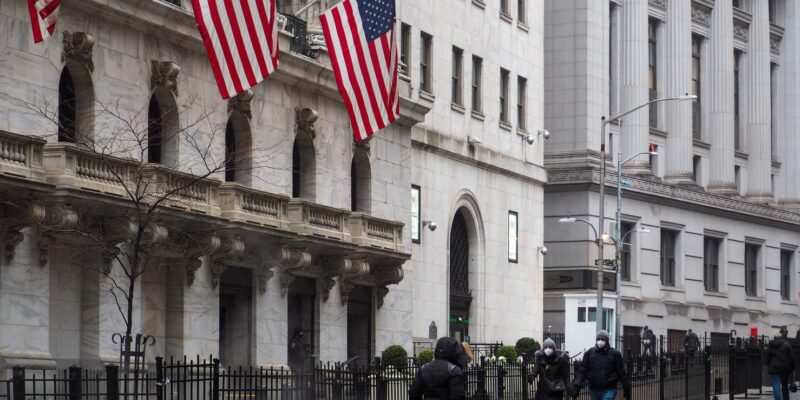 ICE also has operations in several countries including India, Singapore, Australia, Italy, Israel, and myriad others.

In the exchange segment, ICE handles, trading and listing revenues, from the global futures network, the NYSE, and other registered securities.

ICE was founded in 2000 by Jeffrey Sprecher who still serves as its Chair and CEO. The company is headquartered in Atlanta, Georgia, USA.

ICE has maintained relative cover, away from the mainstream media. The stock has however been on an upward move and has caught the attention of some analysts.

ICE is the parent company of the New York Stock Exchange. The company announced its entry into digital assets with a minority stake in the blockchain trading platform T Zero.

ICE has made strategic management changes with its chief strategic officer, David Goone becoming the new CEO of t Zero.

This move is an important milestone in the development of the blockchain, and the application of decentralized ledgers in various industry solutions.

Intercontinental reported discussions on shifting CDS and moving away from London.

ICE is in a good position at the moment, virtually controlling the capital markets. The company has a market capitalization of $74.37B and has a staff of close to 9,000 people.

The company is owned by large institutional holders like Vanguard, Blackrock, and whatnot. Together institutions make up the majority of the company’s stake at over 90%.

ICE has traditionally performed well due to being intertwined with the overall market index.

It stays true to its mission of connecting the world and empowering the advancement of humanity via capital.

It has performed well over the years maintaining upward mobility in the past five years. ICE has been incredibly aggressive in mergers and acquisitions (M&A).

ICE can almost be hysterically argued that M&A is its main job. This is reflected in its several purchases in the past two decades with barely a year going by without any buying activity from the company.

ICE is argued to be too big to fail and was one of the contributors to the subprime financial crisis. It was in cahoots with the federal reserve and served as a clearinghouse for OTC derivatives.

Derivatives are detrimental to an economy and have been termed as ‘weapons of mass financial destruction.

The company cleared more than $10 trillion in credit default swaps through its subsidiaries. Although it is now a Fortune 500 company, it has to evolve to keep up with volatile and fast-paced markets which look very chaotic for the future.

The introduction of blockchain and cryptocurrencies seek to revolutionize the capital markets as we know them. Decentralized finance looks to give freedom to the market and move from the centralized system of finance controlled by a few corporations.

Cognizant of this reality, ICE has made initiatives to transition into the financial blockchain sector. The company held a significant 1.4% stake in the crypto exchange company, Coinbase Inc (NYSE: COIN)

ICE sold its stake soon after Coinbase went public in 2021. Thus was a risk-averse move to avoid the wild swings in the crypto markets, although Coinbase soared vastly thereafter.

ICE is not looking to get into crypto which is a controversial and speculative play, but instead has its sights on the blockchain revolution and its applications.

In a nutshell, blockchain is a decentralized ledger, peer-to-peer digital electronic system. It’s the most secure transaction system that is currently available for anonymous and uncontrolled.

ICE has done well in the traditional capital markets, but it has to embrace blockchain technology which touches all its fundamental operations.

ICE is trading below its yearly high of $139.79, recorded in November 2021. The stock traded at a yearly low of $109 seen in the crash last year. It has been up and down over the past few weeks.

The markets have been rather wonky this year, but it has managed to maintain an upward momentum.

The ICE share price cannot be conclusively evaluated to be fair at the moment, since experts compute the intrinsic value of the stock to be at around $92.

The stock is trading a little below its peak value, but way above its fair value. It is worth considering that the company has links with central banks and hence a lot of stimulus flows its way.

The market is at the top of the bubble and so is this stock that controls the market in my opinion.

Experts agree ICE is a good company, though grossly overvalued. It has grown consistently with at least thirty per cent debt which is a pretty impressive feat.

The company will never go away unless the stock market as a whole goes away. It is in a very powerful position.

The stock has a low beta (around 0.69) meaning it moves slower than the market. The company is between the median average in terms of book value per share.

The company is undoubtedly humongous, but, in terms of return on equity and most assessment metrics, ICE is outperformed by its competitors.

Companies like ICE are almost at terminal values and nothing exciting is seen in the market.

ICE is a good gainer in terms of profitability. It has served its investors well by actively increasing its dividend over the years.

The dividend yield for ICE was at 1.15% and P/E was 18.48. The company is doing well at the moment with these amazing numbers and can only hope to sustain this.

The future for the ICE company is uncertain at the moment, but it will largely depend on its ability to adapt and morph with upcoming market innovations.

The blockchain is the perfect storm that will either make or break them. While crypto has encountered resistance, the underlying technology has been praised and revered.

Even reserved conservatives like, Warren Buffet have called the technology ingenious. It has been likened to the next great revolution since the internet, electricity, & similar milestones.

Blockchain sharding (splitting into separate portions) offers benefits such as improved scalability and low latency both of which are essential in a successful stock exchange.

Another key segment of ICE that blockchain is going to impact is the Mortgage technology sector. The real estate industry, worth about $217 trillion is being modernized by blockchain.

Data services will almost be engrossed by the blockchain as it is the best way of information storage. One might be able to hack one mainframe, but not the large interconnected network.

The most disruptive sector will be in finance, where blockchain could save banks billions of dollars in fraud. ICE is in financial services and will capitalize on this as other major financial companies are doing and likely will do.

The company is very perspective based on the future outlook. It is set to power the disruption that is due not just in the capital markets but in every vital sector.

Based on moving averages the ICE company is a strong buy and sell according to oscillators. The company is an overall buy and is very bullish now and from the larger picture.

The company is great given a long-term perspective and might be one of the best investments this decade. 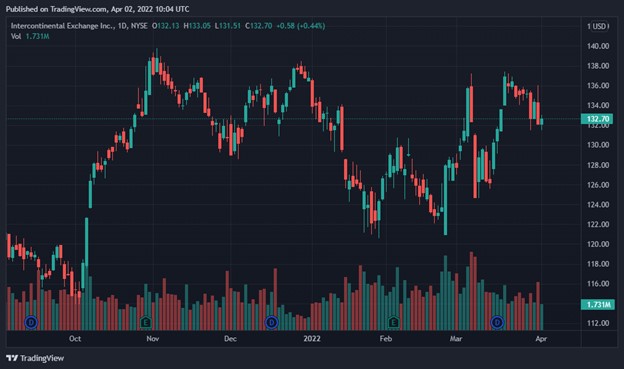 Is Israel planning to build an oil pipeline for Zion oil and gas?

Stellar XLM or Ripple XRP: what crypto should you invest in?

Is Solana (SOL) the next big thing in Crypto? 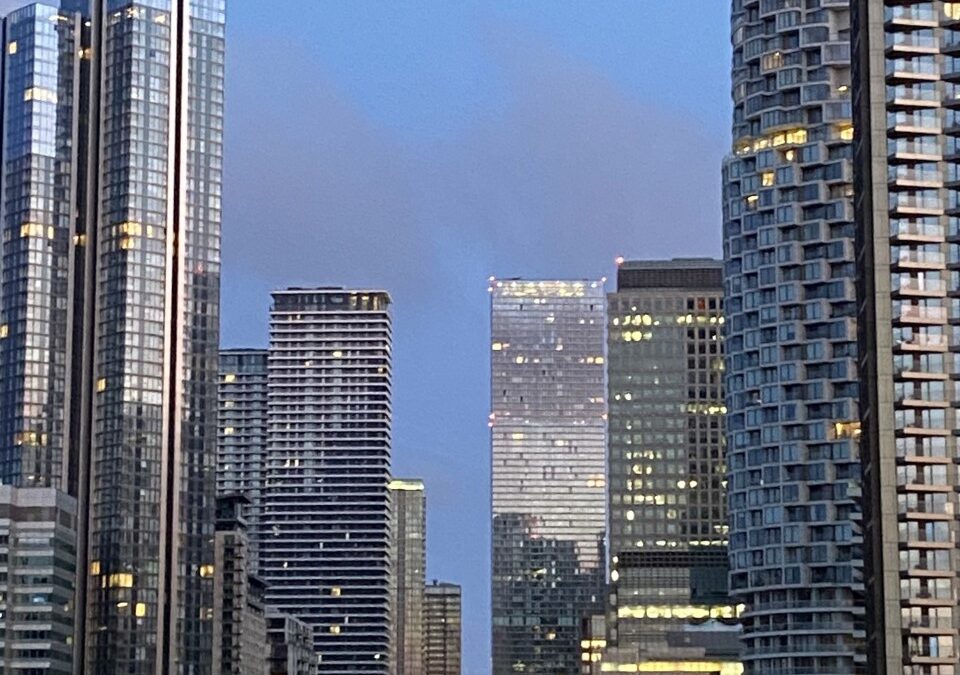 Lloyds Banking Group: Should you buy shares in LLOY in 2022?