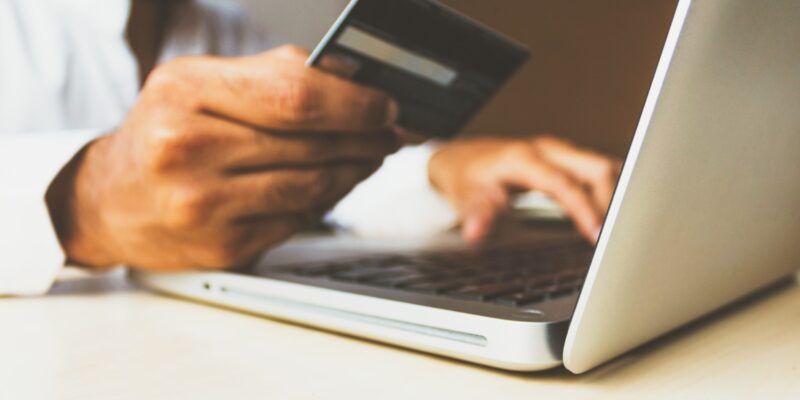 Wise is a financial technology company focused on payment processing solutions. It affords its clients inter-cross border payments and services.

The company is based in London, UK, and mainly operates across Europe but has additional operations throughout the world in Africa, Asia & Oceania.

Wise was launched in 2011 to democratize money transfers across borders. It has had a strong impact on the lives of millions allowing the transfer of funds at a cheaper and more secure cost.

It was started by two friends from Estonia, namely, Taavet and Kristo who both worked in London. It has since grown to quite an established enterprise.

Wise shook headlines this week when it was announced as it was fined a hefty sum of $360000 by Abu Dhabi regulators for its leniency towards anti-money laundering.

Wise was accused of failing to identify and verify certain accounts held by high-risk customers. The penalty fee was reduced from an initial $450K following its cooperation.

The British Fintech has had an otherwise incredible month. Its share price saw a boost after it released earnings approaching the end of June.

The company penned a deal with Plaid last month that has allowed its 13M customers to connect to other fintech platforms like Venmo, Chime, Acorns, and many others.

The company beat all odds to achieve record performance this quarter. Its customer base saw an amazing rise of 37% over the year. It also recorded an increased volume of transactions.

This was negative news but the man promised to work with authorities to clear the issue. The roadmap ahead for the financial sector is very shaky with record-high inflation in its home country, the UK.

Finance has historically been a disputed zone, with disruption cycles experienced so often. The last century was particularly exciting as technology came into play and a new darling was born in the sector namely, FinTech.

Wise falls in this sector and seeks to deliver more efficiently and effectively than the conventional player.

Payment processing across borders was a rigorous feat, requiring multiple parties and a long period to complete.

Thanks to the many innovations, Wise has made this easier than before and at very rapid speeds it has enabled businesses to pay employees abroad, acquire goods, and manage accounting software.

Wise particularly stands out due to three main factors. Firstly, the company maintains a cheap fee and rate which makes it convenient for a wide range of customers.

It has also been careful in pricing its fees at the mid-price level to ensure that both parties benefit. Conventional banks usually charge extremely exorbitant.

Additionally, Wise is in liaison with many partners and thus offers its clients a variety of options for sending money. Wise facilitates money transfers in over 80 fairly huge countries.

Among its competitors, it has consistently ranked on top with a stellar performance in various metrics including product positioning, payment method, and exchange rate.

Its customer growth rate has been its holy grail that helped propel its performance forward in the last quarter. This was within the personal growth segment which saw an upsurge in users.

The atmosphere is tough, especially in the financial world. Change is taking place at the speed of light but perhaps the most lethal foe to traditional finance is the new buzzword, crypto.

Opinions run wild on where Fintech ends and crypto begins. The markets have taken a beating and nearly all indices are in the red for the past year.

The consensus is that technology is the future and those aligned in this direction in any sector will likely reap handsomely in the future.

The biggest threat to banking at the moment lies in the launch of the CBDC (Central bank digital currency) which can eliminate intermediaries.

The most affected party will likely be traditional finance which has no leverage in tech products. Wise and other fintech platforms are positioned to usher in this new era of money. 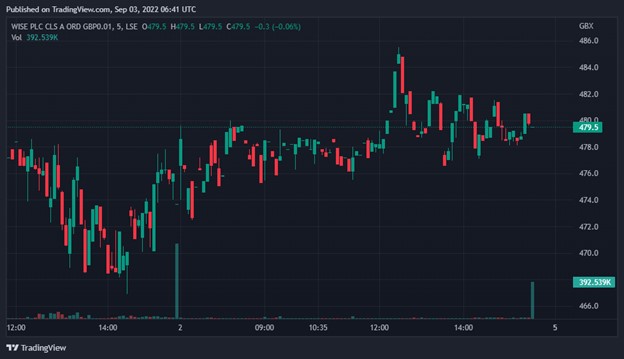 The company is on a surge in the past month. It was not immune to the market decline in the first half of the year, plummeting by a margin during the period.

The company is fairly valued at the moment and the share price is justified. With a market capitalization of £4.91B, it is in the mid-cap level.

With the crypto market crash, people will once again turn to fiat currency and this will hugely benefit traditional finance. This could technically explain the increase in the company’s clients.

Many believe that its activities will increase more as a secure alternative to transfer and store funds.

The bold new cashless world will prompt individuals to use fintech platforms to transfer cash for a wide range of activities ranging from travel and work-related purposes.

Billionaire Peter Thiel has a huge stake in the company via Valar Ventures and states that:

Wise demonstrates true innovation in banking by enabling its users to retain their wealth across borders, instead of paying big fees to big banks.

Pros of Wise Plc based on Investors Outlook

Cons of Wise Plc based on Investors Outlook

It has done well for itself and its shareholders, even as the world faces a myriad of catastrophes that impede growth. Growth stock felt the heat rather strongly, but Wise has stood its ground.

Cash and short-term investments also went up by a solid +25%, estimated a £357.8M. It has a good amount of free cash flow currently at £24.50M and is expected to continue rising.

They are incrementing their fees although at an affordable rate and way cheaper than banks. This is in light of rising inflation which has elicited companies to follow suit.

Within three months ending on 30th June 2022, its transaction volume increased by 50% YOY in the second quarter.

Although the company holds very huge debt totaling £7B, it leverages this for its growth efforts and this is mostly long-term with a fixed rate.

The overall position and performance of the company are Superb, with a prospective outlook.

Pros of Investing in Wise Plc based on the General Outlook

Cons of Investing in Wise Plc based on the General Outlook

The sector has experienced massive share depreciation as the broader market has sold out of high-growth tech stocks opting for less volatile alternatives.

Wise has three operating segments namely, Wise Transfer, Wise Business, and Wise platform. While legacy players have taken a hit, with PayPal losing as much as 70% in the past year.

Wise has been well hedged and with a sound value therefore did not lose as much value.

It is still down but showing signs of shooting back up. Most platforms have been losing customers but it managed to do the impossible in such unprecedented times.

The company is well connected and backed by powerful institutions. It has been continuously improving its technology with better algorithms to improve its network.

The true nature of the markets is revealed under stress and this has shown that legacy fintech platforms might be overvalued.

Wise was profitable way before it went public and is now trading cheap below its IPO levels, even though it has grown astoundingly since then.

It is thus very fairly valued and resonates with both individuals and businesses. It is therefore a fantastic opportunity in the long run and a solid growth company.

Wise has the faith of the legacy PayPal Co-founder together with many other serial entrepreneurs. The company is racing to capture market share but is well ahead of its peers.

This is a contrarian option that is a raging underdog in the fintech sector.

The stock is of a fairly sound value and analysts rank the stock as a buy. The UK markets are wonky at the moment but it is a better option in the coming years and it’s appropriately priced.

Moving averages and oscillators indicate a neutral signal, further showcasing that the stock is just at the right price.

Its value is however much more than the current price and it will likely be a winner in the coming decade. Growth stock will rebound after the market cools down and the imminent crash passes.

An entry at the moment will protect one’s interest against a severe market collapse, but the stock will be even more attractive after a market.

The future of fintech is more secure than ever with rapid developments ongoing. The ease of use and preference will ensure the sector thrives in the coming years.